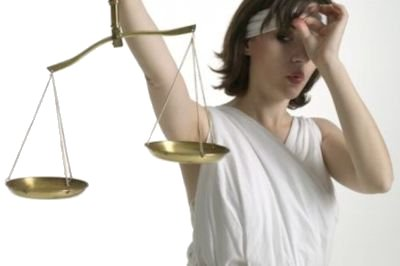 Sometimes hot air outweighs anything you care to enter into evidence…

Priests deserve basic justice, too – by Mauro Visigalli [August 26, 2016] // [Here with the [comments] of Father George David Byers. I am acquainted with Mauro, having spoken with him and emailed back and forth a number of times on behalf of a priest friend.] //

I am an Italian “avvocato rotale” [attorney on the Roman Rota, a kind of appeals court in the Catholic Church over in Rome]. I usually work in the Roman Curia of the Catholic Church where certain canonical crimes arrive for consideration from all over the world [such as having sex with a minor, etc.]. For this reason, I often look at American newspapers online, sometimes printing out their pages for my folders [I guess we have many canonical crimes!].

I was doing that the other day, searching for news about a priest who entrusted his case to me, when I found in The Providence Journal an article about a different priest, unknown to me (“Priest prohibited from serving,” news, July 1). His story made me want to share some thoughts, based on my professional experience.

What amazes me is that in a country like yours, where the rights of the accused are considered so important [perhaps in the Constitution, but that basically no longer exists; in reality, in the case involving a newly examined rape kit, those accused of a rape/murder are treated as guilty and are forbidden by the Supreme Court to be exonerated by DNA evidence that proves their innocence; we simply execute everyone regardless of guilt or innocence because we don’t give a damn], that rights do not seem to count when a priest is accused of a sexual crime [because going that far makes it all better]. Such is the paradox of a 95-year-old priest who is prohibited from serving based on “credible” facts of an incident that happened 60 years before [“Credible” for The National Catholic Risk Retention Group means that a priest is guilty because he was ordained; nothing else matters. They hold that paying settlements regardless of guilt, whereby the defendant is not the priest but the diocese, saves money, for it is 15 times more expensive to lose one litigated claim than it is to settle fifteen other incidents. Who cares if even all the priests are innocent of the accusations and are now removed from the priesthood for life.].

I would simply ask: How could someone defend himself against such old charges? [He cannot] And is the “presumption of innocence” a mere option [This is explicitly forbidden!], or has it been replaced in these cases with a “presumption of guilt?” I can find this same expression – “credibly alleged” – on the websites of many American dioceses, with attached blacklists of priests smeared forever after having dedicated their whole life to the church (sometimes dead priests, too). Some websites include a red button and phone numbers with the list, so that everyone can easily send in his or her accusation and everyone can infer, however wrongly, that such crimes are absolutely normal in the church! [It’s all actually more cynical than all that. Some priests are known to be innocent, but even one innocent priest is too much for a system that depends on all priests being guilty because they are ordained, so that we’re only waiting for an accuser to pay. If one priest is given due process then all priests must be given due process, but that makes settlements impossible, and litigation necessary. All too expensive when we could save thirty pieces of silver. This is “The Judas Crisis” as I call it. Sell the priests for money, with chancery rats and bishops prostituting themselves to the opinions of the media, whom they hope will call them heroes for “being tough on priests.”]

Do you know how many of those “credible accusations” started with a simple anonymous letter? Do you know how often the letter was sent from someone who was in a position to gain from the denunciation? Do you know how many priests weren’t found guilty but are still suspended because their bishop is frightened about public opinion? Do you know how long the accused priests, immediately suspended from their ministries with a simple letter from their bishop, live under the double pressure of a civil and a canonical tribunal? [It’s worse than that, my friend. Do you know how many times priests have been given the ultimatum whereby they will be laicized unless they agree to be treated by those treatment centers which have a long history of raping priests with plethysmography as mentioned many times in the John Jay report? It’s demonic, at the highest levels of the Roman Curia, but there it is, and this is ongoing.]

Don’t misunderstand me: I’m not denying the meaning of the word “credible” [as used in dictionaries, but not as used by certain money hungry ecclesiastics…]. When an accusation is credible, church authorities have the duty to communicate the matter to the police and to start their own separate inquiry. But until the process ends, no one can say that the priest is at fault or should be blacklisted. Whoever is guilty of certain crimes should be effectively punished, but only after an exacting procedure giving him all the rights that the law offers the accused.

What really hurts me, as a jurist, is the knowledge that church law in this area is very good, and Vatican judges are very skilled jurists. However, such excellence is not always available because exceptions are made, and the Vatican has limited resources to handle these cases. Many of the cases are thus entrusted to lower tribunals, where judges are not always as skilled as their Vatican colleagues. Often those called upon to judge in such cases are the same ones who initiated the formal accusation! [Right. The conflicts of interests and acts of fraud for self-aggrandizement are rampant and actually well known, and, sadly appreciated as precious and necessary for looking like heroes.]

I hope my words will make readers reflect: It is wrong to get into the habit of stoning someone who is accused of a crime, rather than seeking justice.

I thank you for your attention and I warmly greet every reader.

Mauro Visigalli, of Codogno, Italy, is a lawyer in Italian courts and at the Vatican. [Good for you, Mauro. Excellent article.]

Here’s the deal: When settlements are made regardless of innocence or guilt, forbidding priests to be defendants or have any due process whatsoever, giving all control to the accuser and making the settlement as soon as possible hopefully without lawyers, often not knowing the accusations or even whether the priest was even born when the alleged actions were said to have occurred, when this happens, and it does all the time by way of strictly enforced policy, the consequence is that this actually encourages more abuse even while bishops and chancery rats look tough and advance their careers. People get sick of innocent priests being accused and soon not even real victims have a voice to complain. When false accusers get payments on the suffering of real victims the real victims are raped again. The rapists are then the chancery rats and bishops who have sought hero status. But they can’t see clearly any longer, so full are their eyes with the blood of the priests who throats they have slit. And when they have congratulated themselves long enough for having no incidents for a number of years, then they will hesitate to call out any real abuse, and simply reassign a truly abusive priest so that they can continue to grant themselves hero status. The same abuse of power by which a rape occurs is the same abuse of power by which no due process is granted. The cycle will continue until the powers that be stop their Promethean self-referential self-absorption and realize that they are to serve Christ Jesus and not themselves.