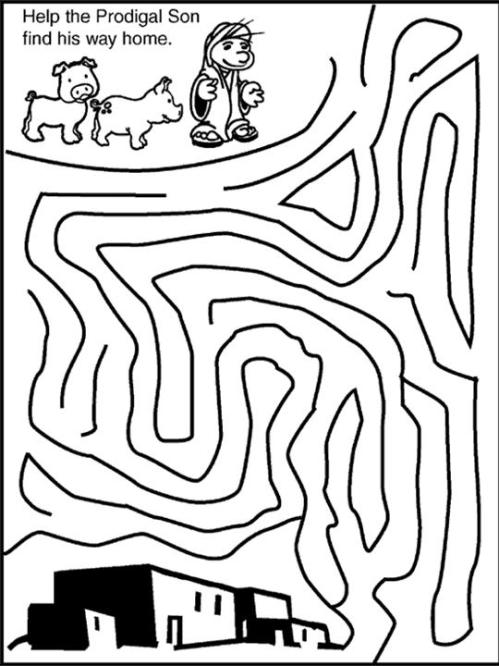 Feeling footloose, fancy-free and frisky, this feather-brained fellow finagled his fond father into forking over his fortune. Forthwith, he fled for foreign fields and frittered his farthings feasting fabulously with fair-weather friends. Finally, fleeced by those folly filled fellows and facing famine, he found himself a feed flinger in a filthy farm-lot. He fain would have filled his frame with foraged food from fodder fragments. “Fooey! My father’s flunkies fare far fancier,” the frazzled fugitive fumed feverishly, frankly facing fact. Frustrated from failure and filled with forebodings, he fled for his family. Falling at his father’s feet, he floundered forlornly. “Father, I have flunked and fruitlessly forfeited further family favors…” But the faithful father, forestalling further flinching, frantically flagged his flunkies to fetch forth the finest fatling and fix a feast. But the fugitive’s fault finding frater , faithfully farming his father’s fields for free, frowned at this fickle forgiveness of former falderal. His fury flashed, but fussing was futile. His foresighted father figured, “Such filial fidelity is fine, but what forbids fervent festivities? The fugitive is found! Unfurl the flags! With fanfare flaring, let fun, frolic and frivolity flow freely, former failures forgotten and folly forsaken. Forgiveness forms a firm foundation for future fortitude.” – Originally composed by Rev. W. O. Taylor

Here’s the deal: It’s not a maze to come back to the practice of the faith. Simply: