Lion’s Gate: Preparing the 4th Temple with the blood of the peacekeepers (This Jewish Catholic Priest’s opinion) 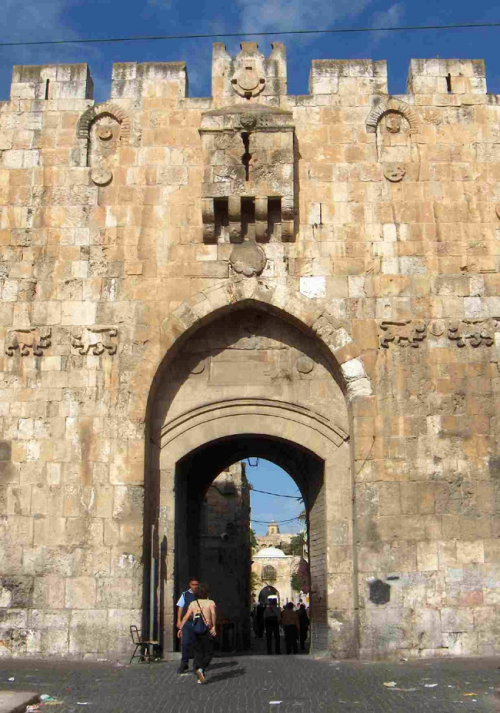 Islamic terrorists like any other criminals simply ignore the fact that crime is always counter-productive. Just a little while ago, some Israeli LEOs were assassinated at the Lion’s Gate, right next to the Temple Mount in Jerusalem. The LEOs weren’t expecting the unprovoked attack and were exactly where they were supposed to be.

The immediate visceral reaction to this kind of violence at the Temple Mount (where you also find the ultra-vulnerable because basin-like Jewish prayer area at the Western [wailing] Wall), is to remove the Islamicists definitively, destroy the mosque, rip out the Dome of the Rock, and build the 4th Temple. Proof of this is that the immediate statement put out by Prime Minister Bibi is that the Status Quo of the Temple Mount will simply remain the same. In other words, if this was the instantaneous answer with no question being asked, the presumed question is whether the Status Quo will finally change, as it is soon expected to be changed within the foreseeable future. In other words, the tension is so much at fever pitch that anything could bring about a major change. It’s just a matter of time, sooner than later.

So, what’s this opinion of this Jewish-Catholic Priest? I think that whatever about the status of Jerusalem as an international city desired by some, blah blah blah, it is intense insanity to have more than one group contending to have ownership of the same place at the same time anywhere at any time for any reason. That’s simply not how fallen humanity is able to maintain peace.

Is it not better to have, say, the Israeli Defense Forces control the Old City of Jerusalem including the Temple Mount and then allow visitors with controllable security measures in place for each visitor? I think so. That doesn’t mean anything is any less international if whatever about that “international” issue were to be decided. One group in control just means greater security. If it’s the first most holy site for a group, shouldn’t that group be in charge? The Temple Mount is the first most holy site for the Jews.

The easy largesse of those who shout “BE NICE!” and don’t lift a finger to help keep the peace and who don’t take account of ongoing horrific violence caused by the insistence on that easy largesse.

This opinion does not have anything to do with what I think about the fulfillment of the covenants in Christ Jesus our Lord and God. No, I do not believe that any building of any 4th Temple is productive in any way on any level.

Further disclaimer: I’m Catholic. I’m Jewish. I lived in Jerusalem for a good while, arriving when Jewish pilgrims were stoned at the Western Wall from the Mosque above, and when, then, 19 Palestinians were killed. I walked from the U.N. compound South of Jerusalem back to Jerusalem down the length of the Silwan valley into Silwan and back up to the Temple Mount. That was the day after fake “Christians” went into the town of Silwan to celebrate the death of the Palestinians. Those fake “Christians” say that “ethnic cleansing” (genocide, really) of all non-Jews throughout the Holy Land is the only way for Jesus to come back again. Those fake “Christians” are simply monsters. My saying that the Jews should have control of the Temple Mount has nothing to do these fake “Christians”. It’s the other way. What I’m pushing for would save many lives on a day to day basis.

Of course, there are those who would say that this would start a war. My answer to that is, “Where have you been?” I’m guessing that when the USA takes out North Korean nuclear capabilities, the Israelis will do the same for Iran, which is perhaps the best time to take peaceful control of the Temple Mount.

5 responses to “Lion’s Gate: Preparing the 4th Temple with the blood of the peacekeepers (This Jewish Catholic Priest’s opinion)”