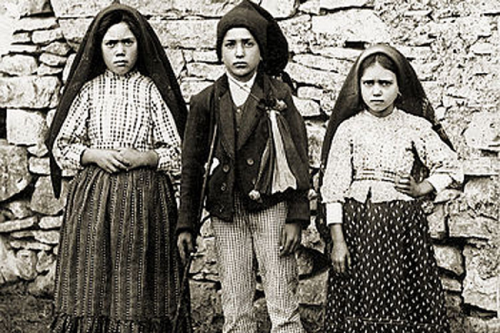 “Make sacrifices for sinners, and say often, especially while making a sacrifice: O Jesus, this is for love of Thee, for the conversion of sinners, and in reparation for offences committed against the Immaculate Heart of Mary.” Lucia continues the account: As Our Lady spoke these words she opened her hands once more, as had during the two previous months. The rays of light seemed to penetrate the earth, and we saw as it were a sea of fire. Plunged in this fire were demons and souls in human form, like transparent burning embers, all blackened or burnished bronze, floating about in the conflagration, now raised into the air by the flames that issued from within themselves together with great clouds of smoke, now following back on every side like sparks in huge fires, without weight or equilibrium, amid shrieks and groans of pain and despair, which horrified us and made us tremble with fear. 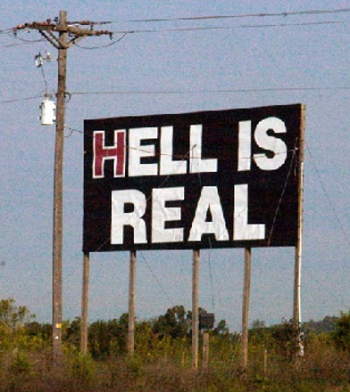 It must have been this sight which caused me to cry out, as people say they heard me do. The demons could be distinguished by their terrifying and repellent likeness to frightful and unknown animals, black and transparent like burning coals. Terrified and as if to plead for succor, we looked up at Our Lady, who said to us, so kindly and so sadly: “You have seen hell, where the souls of poor sinners go. It is to save them that God wants to establish in the world devotion to my Immaculate Heart. If you do what I tell you, many souls will be saved, and there will be peace.” 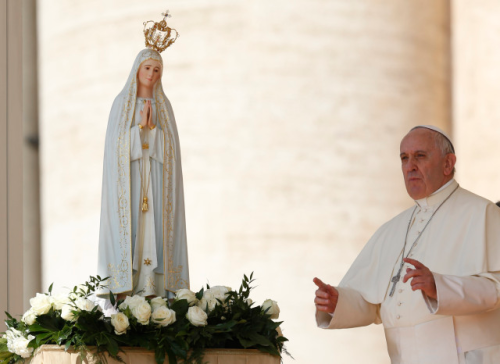 There are those who think that it is not only lacking in mercy but a downright aggression to mention hell in preaching especially if any children are present. Of course, kids are able to take in a great deal of reality of how things really are, and adults merely use children (that’s an offense) to attack any mention of hell that they, the adults, don’t want to hear, knowing themselves to be guilty of that which may well bring them to hell unless they go to Confession.

Our Lady doesn’t pull any punches, but for the benefit of all tells it and shows it like it is. Great. That helps us to say: “O Jesus, this is for love of Thee, for the conversion of sinners, and in reparation for offences committed against the Immaculate Heart of Mary.”

I often say that kids often save their parents as parents should want for themselves what they want for their kids, eternal life. I think we will also be surprised in heaven (please God we make it!) to see that it is the prayers of the little ones which saved so many adults.

When preaching about any topic whatsoever, it’s all about how you do it. If the scene, if you will, included the love and security provided by the Holy Family, that makes all the difference. Jesus and Mary love us so very much. There is bad stuff around, but Jesus and His good mom want us in heaven!

By the way, as it is said, there is perhaps no other Roman Pontiff in the history of the Church who has mentioned hell and the devil and exorcism more than Pope Francis. So, what’s a Missionary of Mercy of Pope Francis to do?

Look: Jesus in the Gospel pulled no punches about telling people about hell. Jesus was extremely blunt in telling people that they WILL go to hell unless they change their ways. Telling people the way things actually are is the greatest mercy.