Policing justice is mercy: We need cops. Ironies abound in this anti-cop era.

Alexamenos, surely an early Jewish-Christian martyr, bidding us to worship his God and ours (as mocked in this graffito by his Imperial Schoolboy classmates just above the Circus Maximus and Imperial Forum of the Caesars of the early centuries in Rome. His later namesake is the protagonist in a 750 page novel I wrote between chapters of the doctoral thesis on Genesis 2–3.

In God, Justice is Mercy. We can discuss our fine points and distinctions, whereby, as the Common Doctor says, mercy is a potential part of the virtue of justice. But, in God, they are the same. Just stare at Jesus crucified, on Him whom you have pierced. No, really, do it. He became a jackass criminal for us, standing in our place, the innocent for the guilty, redeeming us by becoming exactly what we were, who we are without His grace. How ironic. But there are many who don’t get that. There are many who may think that Jesus didn’t “become sin” for us (see St Paul) evil while remaining innocent. Irony just kills them instead of enlivening them. But that’s entirely their fault. That’s no reason not to provide the irony. And it is true that irony bears the very reflection of what it hates. And I think this bears memorization: 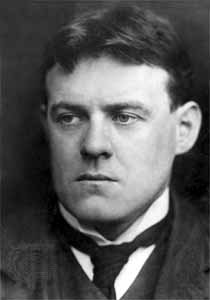 To the young, the pure, and the ingenuous, irony must always appear to have a quality of something evil, and so it has, for […] it is a sword to wound. It is so directly the product or reflex of evil that, though it can never be used – nay, can hardly exist – save in the chastisement of evil, yet irony always carries with it some reflections of the bad spirit against which it was directed. […] It suggests most powerfully the evil against which it is directed, and those innocent of evil shun so terrible an instrument. […] The mere truth is vivid with ironical power […] when the mere utterance of a plain truth labouriously concealed by hypocrisy, denied by contemporary falsehood, and forgotten in the moral lethargy of the populace, takes upon itself an ironical quality more powerful than any elaboration of special ironies could have taken in the past. […] No man possessed of irony and using it has lived happily; nor has any man possessing it and using it died without having done great good to his fellows and secured a singular advantage to his own soul. [Hilaire Belloc, “On Irony” (pages 124-127; Penguin books 1325. Selected Essays (2/6), edited by J.B. Morton; Harmondsworth – Baltimore – Mitcham 1958).]

But let’s take a very practical example, shall we? We just lost our entire police force in Andrews except for one officer, the youngest, who started with us. Will he stay? The rest were instantly all snapped up to become Federal agents, that is Tribal Police, which is Federal. Now we need applications. Who will apply. The media has been giving the police around the country a bad rap, undeservedly so.

I’ve heard the shadowy opinion that it’s not nice to be a LEO (Law Enforcement Officer). ‘Tis better to be a missionary of mercy than to be a minister of justice, they say, as if the two were mutually exclusive. But let’s take a look at that. What do police do?

Of course, it is said that the down side to all this is that the bread-winner is taken out of the house in the first instance or will lose his job in the second instance as the vehicle will be impounded, blah blah blah. Leave well enough alone they say. They were fine before the police interfered they say. Yet they are happy to watch women and children get smacked down and killed. They are happy not to have the woman and children get safe housing and be put on programs until she and kids can get on their feet again. They are happy to let the perp not get the tripping up he needs. Just the good ol’ boys, you know.

I’m hoping that youngsters who are not carrying the baggage of their elders will become indignant with the reasoning of the good ol’ boys and go ahead and provide a lot of mercy by way of being ministers of justice, LEOs and all that.

To do that well, they would have to be able to bear all the baggage, all the evil of this present generation as if they themselves were guilty of it, that is, to understand that they could be the very criminals they seek to arrest, or better, are the very criminals they seek to arrest, that is, except for the grace of God. Remember the old adage: “There but for the grace of God go I.” Then, after that realization, it’s all about loving others as you would want to be loved by them. If we need tripping up while we are on our way to hell at breakneck speeds, should we not be thankful for someone tripping us up? That’s mercy isn’t it?

With incredible racism and anti-Semitism, Saint John the Baptist is hailed by many as being all about justice and has nothing to do with mercy, because, you know, he’s all about the Old Testament and we’re children of the New Testament. I know of no more merciful prophet in the Hebrew Scriptures than John, who is praised by none other than Jesus, the very Son of God, the King of kings, the Lord of lords, the Wonder-Counselor, the Prince of the Most Profound Peace, He who will come to judge the living and the dead and the world by fire. Amen.

2 responses to “Policing justice is mercy: We need cops. Ironies abound in this anti-cop era.”