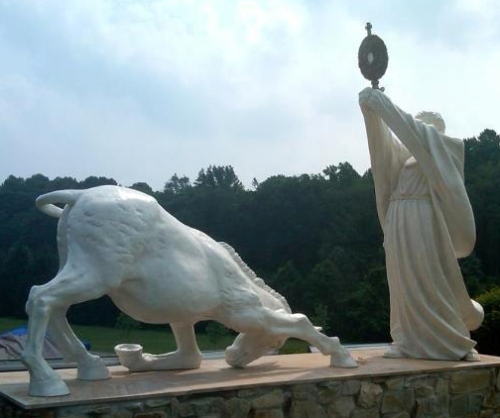 Donkeys aren’t stubborn. Mules are stubborn. Mules have a reason. Donkeys instead are so very intelligent that they refuse to do something until they understand. When they understand, no problem. People get frustrated with donkeys because people are stupid and want donkeys to things they don’t understand just like those stupid people.

That’s why Jesus, with heaps of irony, says it would have been better for those who interfere with kids — not having any idea of the damage they do — would instead have had a donkey-millstone tied around their necks so as to have been thrown into the depths of the sea. The point is that donkeys are incomparably more intelligent than such people. Donkeys do the will of God. Many people don’t. Many people would be better off if they were donkeys.

Donkeys are really cool. Not only are they intelligent, but they can sing, and sing well.