This priest’s EDC (every day carry)

Underneath my clericalized 5-11 tactical shirt (which is super-useful for hospital visits and Communion calls with it’s large cargo pockets), all this stuff is carried on my belt:

That’s all covered by the frumpy clerical shirt. Meanwhile, besides the purple stole and emergency rites liturgical books carried in Sassy the Subaru, I have other personal carry not carried on the belt: 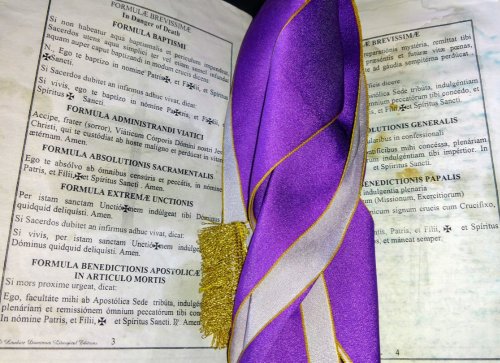 5 responses to “This priest’s EDC (every day carry)”