Do Polices Lives Matter in Andrews? 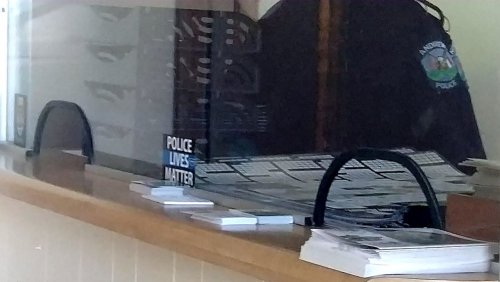 I went up to our tiny “police station” (more like a couple of rooms in “city hall”) last week to invite our new police force to the Knights of Columbus Fish Fry which raises funds for some really good charities. This picture was taken through the exterior door which may as well have been welded shut months ago for all the times it has ever been opened, like never. That’s not really a complaint. We’re just going though some tough times. People can only do the possible.

As I found out, it’s useless to invite anyone to anything on a Friday as no one is even in-state on Fridays, and none of the police work on weekends, ever. Talk about an invitation to make Andrews a weekend playground for criminals, either locals or out-of-state knuckleheads. Friday through Sunday are the most busy days for our drug factories / distribution centers. But, I hope, that is about to change quite radically.

As seems to happen a lot, everything has changed once again:

This will all help us to settle down a bit. It’s been crazy, and, because of that, unnecessarily dangerous for the police doing a stop or a call. It was basically useless to call in: “Officer requires assistance” or “Officer needs backup.” That situation is untenable. Even an “officer down” alert could take 15 to 45 minutes for a response. But now we might be doing a little better, perhaps. Police lives do matter. We need to act in accord with that fact. We’re getting better. We’re moving forward. That’s good. But it really shouldn’t be on a continuum scale. Either we do things with at least a minimum of safety or we don’t do them at all. Police lives do matter, don’t they? It shouldn’t be a question, just a statement. 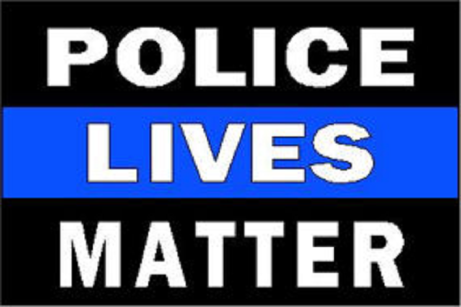 Anyway, and I could be wrong on this, but I’m wondering whether this means that applications are once again being taken for another Police Chief… Anyone want a real challenge?

Filed under Law enforcement, Officer Down!

Tagged as Law enforcement, Officer Down!