TWA bomb threat Rome-JFK: Is there anyone helpful on the flight manifest? 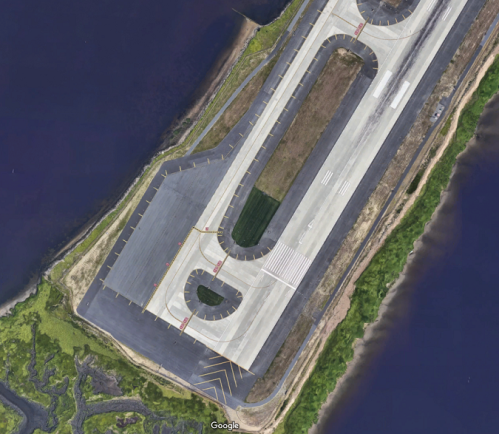 The FBI’s Criminal Justice Information Systems accessed this post on the blog, now for about the thousandth time, this time apparently from Dunn Loring. Rather interesting, Dunn Loring, considering what one finds in and around West McLean, West Langley, Tysons Corner. I owe them a call. I digress. I thought I might say a word about my experience on the mentioned TWA flight from Rome-Fiumicino to New York-JFK in that ever accessed post. This incident on TWA does not show up in lists of terrorist events suffered by TWA for the reason that in the end nothing actually happened. I only mention it here to make yet another necessarily failing attempt distance myself from someone who stole my name as cover and is protected in his activities by the State Department. It’s one of those things which slightly lifts the corner of the veil. Mind you, this happened years before I was contacted by Main State, years before I was officially put on a perpetual program (that I knew about), years before I had any special “accompaniment.”

We were somewhere due-south of Iceland / Greenland, surely just over the halfway mark to JFK. Of a sudden all the stewards and stewardesses of the 747 gathered around my seat (that’s a lot), all very nervous, and said all in agreement and all at once that they had to ask me a certain question, hardly able to spit it out. One steward then spoke for them and said with the exactitude of someone trying to save the lives of all on board, each word punctuated and hanging in the air: “We have to ask you this question: ‘Have you had a course in how to negotiate with terrorists?'” Not the usual “Coffee or tea?” question. It’s a loaded question, of course. I answered ambiguously, saying I may be able to speak with our guests effectively. How many are there? What’s up? I asked. They explained that there were about twenty Arab looking passengers (I myself am guessing they were from Cairo, such profiling being unimportant) in the back of the plane who had just threatened to blow up the plane. As it turns out they had no bomb that actually exploded in the air.

When we landed we went to the farthest southeast corner of the airport, if I remember  correctly, the very end of runway – 4 L – , on the western side of the very end of that runway, basically with the wheels almost in the water, literally. In other words, we were as far away from any building as possible in case there was a catastrophic explosion that would take out not only the plane but a good chunk of the airport. It’s hard to list all the various kinds of vehicles that showed up at the scene as some of the shapes and sizes of the some of the vehicles were so particularly adept to specific disasters at airports and airplanes: fire engines, ambulances, armored troop carriers, assault team vehicles, endless military vehicles, law enforcement of every description and more and more fire engines and specialized vehicles.

And then the command: “Keep your heads down!” It was only said once. Then heavily armed, heavily ballistically protected operators, with shields and helmets with screens, balaclava endowed, the works, stormed to the back of the plane and assisted with the deplaning of those who had threatened the worst upon all present. Then we were deplaned along with our luggage. The plane was kept in place. There were buses but they took us only to the closest edge of the airport buildings.

Meanwhile, the pilot, nice guy, amidst all this chaos, made sure that the pilot of the connecting flight would wait for me. Hard to fathom that one, but it’s true. One stewardess, may the Lord reward her, helped me with my luggage – filled with books, like 85 pounds per piece. She ran with me across the airport carrying all this with me by hand, and finally a cart, and got me to my next plane. It seemed like miles. My heart melted at this show of humanity for me, I mean, mind you, amidst all the chaos. She was so thankful to me for having been there. I didn’t actually physically start in on our guests from the near east so as to neutralize their threat. Sometimes timers or pressurized devices instead need to found and shut down, or tossed, if possible (there are simple methods to keep such things both pressurized and get them tossed), but you might need the perpetrators’ help for the purpose of location. Anyway, they were threatened with having a “dialogue” already on the plane: you always learn about weaknesses, motives and connections with “dialogue.” They knew it. Terrorists are always cowards, tender snowflake entitled bullies. It is what it is. ;-)

Anyway, decades later, reflecting on all this, I had to wonder how it is that I was asked to assist. After all, I’m absolutely nobody with no off the charts skills whatsoever, especially at that time. I can only imagine the succession of events:

When I thought he was in a moment that I might catch him off guard, I once complained to the guy who stole my identity that my subsequent accompaniment because of the perpetual program I was to be put on because of him – yes, I know him – was all a bit much, too expensive, a waste of resources, especially personnel, and he instantly interrupted me, incredulous at my stupidity, saying that this would be the least expense of the much larger progra… And then he cut himself off, flustered that he had gotten carried away and said too much.

5 responses to “TWA bomb threat Rome-JFK: Is there anyone helpful on the flight manifest?”