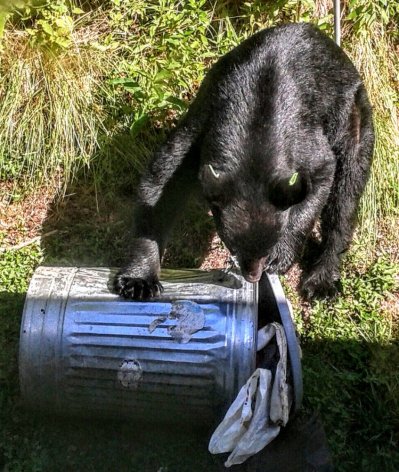 This now double-ear-tagged bear was spotted at a parishioners house the other day. He was brought here from Tennessee. Everyone everywhere dumps their troublesome creatures on us. He’ll be live-trapped again and removed in some other way. He’s learned to do up some swamp bottom feeding. In this case he dragged the garbage precipitously downward until it got caught up between a couple of trees. Then he ran away.

Meanwhile, John Brennan, young Stalinist, had voted for everything to do with Иосиф Сталин, you know, იოსებ სტალინი, you know, everything, connected with Joseph Stalin, General Secretary of the Communist Party of the Soviet Union you know, the guy responsible for the genocide of an entire continent through firing squad, torture, prison, “labor camps”, and vast regions of total starvation, stealing everyone’s food: 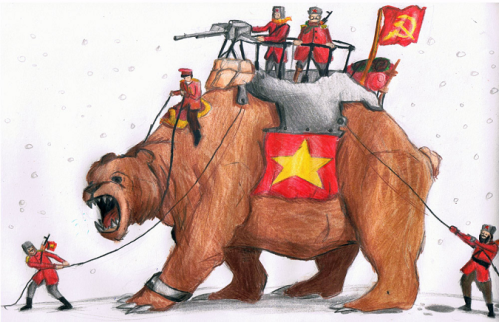 It surprises me that people today gleefully take an adventure on the Trans-Siberian railway not realizing that it was used for eastward movement of Moscow’s war machine, and westward movement to remove all grain and foodstuffs from the entire region of the globe. Everyone dead everywhere. That’s what John Brennan, Director of the CIA, voted for. He’s continued in his anti-American subversion in his bottom feeding. So…

I’m so happy that his clearance has been cleared out. Finally. To remove his security clearance is to be patriotic. Now maybe we can do something for America, taking America back from those who promoted AmeriKa.