Day-off: Getting professionally baited, you know, on purpose. ;-) 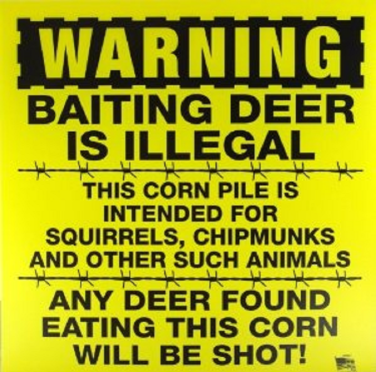 Waiting for boarding time for the trip to Rome, I’m noticing more old drafts that need sprucing up and publishing.

On my “day-off” the other week… month.. I returned the Sig Sauer P226 variant to “The Guy” (a label which can refer to any guy or number of people or group or groups of people in any number of places in any number of countries, right?). He lent his Sig to me to that I could see what a Sig is all about. He’s had it since the mid-1980s. I actually in the end didn’t like the grip, a bit like a revolver, almost the opposite grip-system as is found on a “normal” pistol, at least compared to my Glock 19 Gen4.

This time, our chat wasn’t a mere two or four hours. We went six hours non-stop. 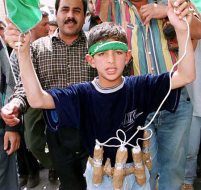 Before I could say anything at all – no, really, nothing – he gave me further lessons in shooting. Non stop talking. Like he was on assignment. Great, thought I, as I need all the help I can get. I didn’t say anything, just took it all in. Strange, though, as this time he was mentioning targets, as if they were assignments. Instructions were about how to kill as many people (all head shots) as possible as fast as one could pull the trigger, that is, how it is, counterintuitively, that one moves from one target to the next as fast as one can aim even while not quite aiming, if that makes sense. To real shooters it will. Imagine a row of small steel targets on springs but unevenly spaced and of uneven heights and all moving on horizontal bars in different directions but you able to get a “kill” each trigger pull as fast as you can pull the trigger. Its where your eyes are looking. Not where you think. This was scaring me, needless to say. I decided to let him just keep going to see where this was going to go. He was clearly baiting. Field guys aren’t always the best counterintel guys.

Before I could say anything at all – no, really, nothing – he gave me lessons in bomb making for all situations, for cars, for entire buildings, for suicide bombing – yep- or for events from which you could walk away before it happened, always looking for a reaction from me, a question from me, a request for clarification from me. I said nothing. I just watched the show of baiting. He described usage of Composition-C (C-4) and of other otherwise easily obtainable materials. On and on he went. And that’s not the first time he said he could actually obtain such things. I’m sure he must have been leaving out details – or perhaps all the details were entirely fictional – as I’m guessing that such lessons would otherwise be rather illegal. He knows I write this blog. I have to wonder what he’s up to. He didn’t mind that all-hearing-cell-phones were present… So…

This is like the third time he’s shared bomb making, so I suppose he’s just venting about his life up to now in the military and The Company. But this was different with the detail, even named targets such as an elevator toward the top of the […!]. Was he looking for another partner in a group no one would suspect, you know, like, a priest? He spoke to that point rather incisively. I’m guessing these are not conversations priests casually have now and again. But, then again, this was a monologue. So, coming at that from a different angle, is he trying to frame me for some future event, or perhaps frame the guy who stole my identity, you know, if I took an interest in all this? It’s all too easy, isn’t it? But, whatever, I’ll give him the benefit of the doubt. For myself, I didn’t show any interest, ask any questions, or take any notes, or set any appointments to see some demonstrations. Nor did he push any of that. Probably just venting. Yep. That‘s what he’s doing. PTSD and all that. Fine. A bit weird all the talk on suicide bombs though.

Attempting to move on to a conversation instead me just watching a monologue for the longest time – as the hands of the clock were now spinning around – I recounted to him more of the baiting to which I’ve been subjected a few weeks ago by the GTMO guys with the bit about murder as “suicide” as an “assignment”. He said it was all perfectly familiar to him, that that’s how it’s done, how assignments are given out. Bingo, thought I. I asked: How’s that? He said it was all so familiar – expressly exclaiming this many times – but also signaling his recognition of details of what I was saying with his body language, point after point, nodding his head, smiling for just a nanosecond at this or that, pointing with a finger at any important detail… because, he said, this is all exactly the kind of thing he himself did, in detail, when he was stationed in France, baiting people, manipulating people, having people carry things out without their even knowing they were doing it at his bidding, expert, he thought anyway, at counterintelligence in a field-counterterrorism way. Why do things yourself if you can get your enemy to do them against himself for you? It’s all a rather murky world.

It gets so screwed up that in the end you don’t know who’s who and what’s what, whether the deep state is the real government or whether there are string pullers who make nations and governments a fiction and anything said to be deep into self-delusionary self-protectionist dramas lacking importance and influence on the world stage whatever individual players think of themselves. “The Guy” supported the view of just a few string pullers, while actual nations, including our own USA, are entirely irrelevant, unimportant, almost fictional. He himself, for instance, laughing at the upper echelon of The Company, in particular at Pompeo, then Director now Secretary, and Haspel, then someone providing enhanced interrogation now Director. Um…

Catching him off guard, I mentioned a possible connection down in the far western Florida panhandle. “So what?” he challenged, glaring me down.

Catching him off guard, I mentioned KSM singing after enhanced interrogation. This put him into controlled anger mode. He did well, but he was upset. To be clear, he was angry at the fact of enhanced interrogation being used, and his doubts that anything whatsoever actionable had been obtained in such fashion and where exactly did I get my information that KSM actually gave up anything actionable.

Mind you, it wasn’t all like this. We spoke of the faith. He also went on an on with social justice issues that he immersed himself into coming off of his ops. But in speaking of the faith there were a couple of topics which he himself brought up, as he always does, which put him into barely controlled anger mode, specifically anger against the Successor of Saint Peter, speaking not just of Pope Francis, but all of the Popes these past decades, none of them caving in on two topics, not caving in because of the truth of the matter (that being irrelevant), but because, he said, with white hot, momentarily shaking anger, because of power. They won’t give up on their power, he insisted again and again, with a crazy look in his eyes when he said ‘power’. The two topics making him so angry?

Surreal, you say? No. Not at all. Actions against the Catholic Church are all about getting the Successor of Peter to cave in on but one matter of faith or morals, because after that, the Catholic Church is simply no more, because then Christ is a liar, the Church is as wishy-washy as anyone else, merely politically correct, a nothing, to be dismissed, which allows us, then, to congratulate ourselves, cursing God and feeling the power. Oooo! Power! He’s repeated very many times that these USA maintains a two-hour window in which we can assassinate any world leader. Some very few, one or two, might take just a bit longer, but it will happen very quickly. Think about that for a moment. The changing logistics needs massive teams just to be readied to do this in any given two-hour window.

Here’s the deal: Pope Francis wants his Missionaries of Mercy to go into and even beyond the peripheries, right out into the darkest of existential suffering, not necessarily to be successful, mind you, but to be a presence of mercy – at least the offering of it – for those who want it. In this case, it is to witness to the light of Christ regardless of the rage of the world.

One response to “Day-off: Getting professionally baited, you know, on purpose. ;-)”