Note to “AM” in RH. Don’t send money. Appearances of money laundering. 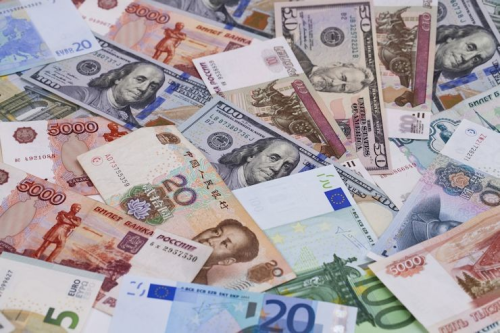 I got a comment the other day on the blog from someone I don’t know with a great deal of instructions about money this person wanted me to … err… um… move along to unknown third parties. Let me address this person directly:

While your intentions may be good – blessings upon you if that is the case – but you have to realize that what you want me to do with those untold thousands of dollars you want to send me could sound to anyone else like bribery or extortion in some elaborate scam… or… well… I’ll just say it, it could sound exactly like money laundering. I have no idea who the people that you mention are. For all I know – and I know nothing – they could be mafiosi or some reps of some cartel. Even if I did know them (and I could think of some names), I wouldn’t have anything to do with it. Do me a favor: don’t involve me or any priest for that matter. If it’s all on the up and up, figure out another way to do what you’re doing. If it’s not on the up and up, there’s an FBI field office just up the road from where you live. Sorry, but a priest can never be too careful these days. If fact, what you’re asking me to do feels just downright creepy. So, just think of another way.

Meanwhile, for some reason I am reminded of some people who visited the parish a few months ago, the ones with the Russian connections who, in the same place where you are, started decades ago to offer me huge sums of money to move cargo throughout Russia. Yes, I was already a priest then. That’s precisely why they wanted me, someone naive, who they could use, who will get in trouble for them, a stooge. Funny the coincidences one comes across. As you can see, I try my best not to get burned.

Come to think of it, where you are is also the place where someone stole something like $15,000 from me while I sent it to some cloistered nuns in South America so that they could purchase a new altar bread making machine as they supplied most of South America with altar breads. The FBI helped me get that back from a bank in the Cayman Islands. It’s good to have friends in the Agency. The nuns did get their machine in the end. I suppose the person involved got some prison time and lost his job.