That’s the original cover of Jackass for the Hour, my ecclesiastical thriller novel on the deadly intrigue of today’s interreligious politics, with its accompanying pen-name, Renzo di Lorenzo, which pen-name I was soon to abandon.

Without having read that work, a while back a priest friend offered a prejudicial critique of Jackass for the Hour, saying (1) that no saint has ever penned a novel and (2) that the entire modus operandi of a novel is an invitation to demonic influence by the writer, who necessarily jumps from senseless thought to other idiocies of his own life, making for what I had already thought through – and answered – myself calling such methodology the results of a mere autobiographical laxative. I protested that what I had done was different, that I had thought it through, that it was extremely tightly scripted, much like a very large mathematical equation. He repeated that no saint ever let their guard down to do such a dangerous thing. And then he said a dozen times if once that it would necessarily be a mere repeat of the rubbishy work of Malachi Martin. Blech. I was disheartened. No hope for me, especially because I had enjoyed writing so very much. I was trying to follow about the only novel I had ever read – The Sum of All Fears – in its intense in media res story line breaks. It’s like the adrenaline of extreme sports without the broken bones.

Then I mentioned this put-down of all novels yet again today to Father Gordon MacRae, an intellectual and literary giant in his own right. He rejected the put-down instantaneously, calling my attention to the fact that John Henry Cardinal Newman is now a canonized saint of the Catholic Church, and that this intellectual and literary giant in fact wrote a novel, a book-length epic poem called – The Dream of Gerontius – that recalls in style and substance The Divine Comedy by Dante Alighieri. And he did this after his conversion to the Catholic Church.

While Jackass for the Hour is 9.37 times the length of Newman’s The Dream of Gerontius, and while I’m NOT an intellectual or literary giant, but am only one more of the millions of people who perhaps unfortunately have a keyboard to play with, I must say that I feel vindicated in some small way. That makes my day.

UPDATE: After more fierceness, a LEO catechumen came to the rescue, texting me this picture of the cover of a novel by, as he said: “SAINT Thomas More”: 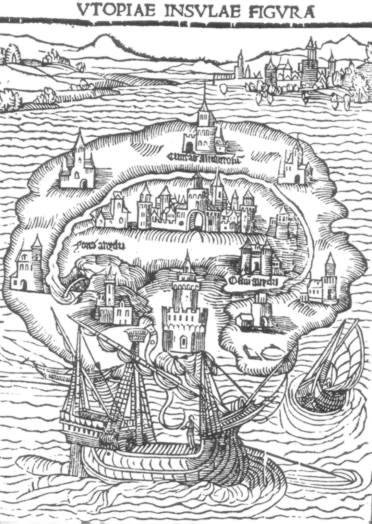 Filed under Jackass for the Hour

6 responses to “UPDATE: Jackass for the Hour: Gerontius’ Dream”