Practicing with half of my new WMD 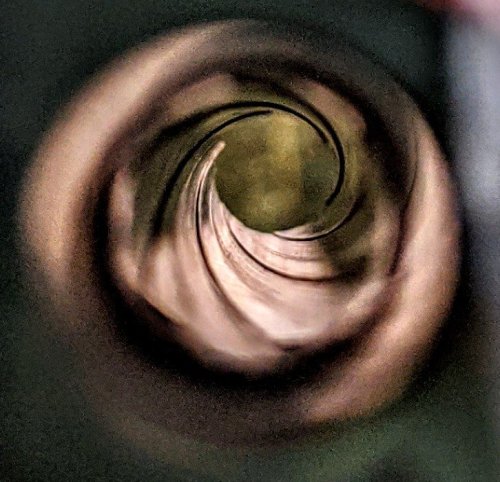 It’s good for the holster. It’s still just fine for appendix OWB carry, as is my custom. Of course, this is not to say that gadgets will compensate for real practice and skill.

The problem is that I’m not practicing, and I’m not a natural, and therefore any skill sets I once had have gone by the wayside quite a bit. Ammo is WAY too expensive right now, not only because of COVID-19 and riots and defunding and such, but because it seems that the government has put on an order of some trillions of rounds, which basically makes the 2nd amendment a moot point.

So, shooting cold, trying to do Navy Seal times, my first magazine of 15 at 21 feet with the new threaded barrel came out like a bad case of acne, just one shot each time from a locked holster:

Of course, all of those are entirely “kill shots”, even the lowest one, which in this target would totally rip the spine in two. Sorry to be so gruesome, but these are the FBI targets.

Then I tried a magazine worth of double-taps, as those are going to react differently with a longer barrel: 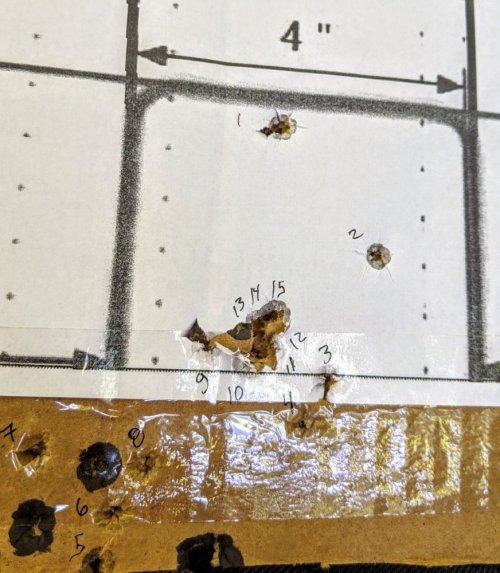 The hits with markers are from a previous day out on the hermitage range. So, looks like there some over correction going on, until finally it was brought back in consistently.

Just for fun, some failure drills of two to the “body” and one to the “head” were put out with another couple of magazines, and that was it for the day. All in all I was quite pleased with the threaded, longer barrel. It’s after-market, but as far as I can see, it can be trusted. But I should practice. Maybe when ammo becomes available and also cheaper.

Don’t think I don’t do priestly apostolates. Some are so intense in their various aspects that I cannot cannot cannot write about them. I like to write. Writing helps me think about things. It gives people an opportunity to correct me, suggest things, etc.

5 responses to “Practicing with half of my new WMD”