Proclamation of the Nativity of Jesus: Roman Martyrology lost the plot 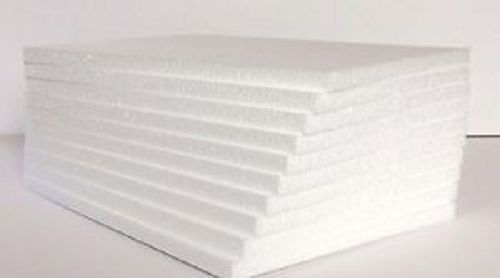 Don’t think I haven’t ever been in the habit of reading the Roman Martyrology daily. With that in mind…

Proclamation of the Nativity of Our Lord Jesus Christ:

THE TWENTY-FIFTH DAY OF DECEMBER:

… the whole world being at peace…

THE NATIVITY OF OUR LORD JESUS CHRIST ACCORDING TO THE FLESH.

/// That’s nice Styrofoam. All true. But lies are cloaked in truth, right? Lies can come about through telling part of the truth, looking fulsome, but actually omitting, well, really, pretty much everything, but – Hey! – leaving people with nice feelings! “Jesus is nice and even as maybe perhaps as important as Caesar ’cause He’s mentioned along with Caesar! That’s nice!

I suppose people will think I’m a shallow heretic and a dullard in that I can’t appreciate the intervention of the Word Incarnate in human history at just the right time, and that that’s the point of the Roman Martyrology’s account, and that not everything can always and in every way say everything and therefore I should just cool my jets and appreciate what is presented for what it’s worth and just get over it. After all, there are words like “covenant” and “consecrate” and stuff like that there. And tinkeritis must be avoided at all costs, even regarding some rather ill phrased matters about our salvation, because, you know, we’re used to it. But even the intensely devout are not assisted in their faith by such words as “covenant” and “consecrate” when other words are purposely omitted by self-congratulatory intelligentia who do know more but are too smug to JUST SAY WHAT WE NEED TO HEAR.

I’m an equal opportunity disdainer of tender snowflake dumbing down wherever I find it, whether after or even before Vatican II. And anyway, what dullard made Vatican II the absolute center of human history, replacing the Incarnate Word? Sound’s blasphemous to me, and also ignorant. I mean, most heresies came about before Vatican II and most were presented in – oooo! – Latin!!! Now that I’ve successfully made people angry, let’s make the point (I only mention here a couple of possible tweakings):

/// I can just hear it now, you know, all the condemnations:

Meanwhile, do you know who wasn’t so taken with being clever with dumbed down religious and secular history? The angels knew: it was certain little shepherd boys. And, I have to say, this donkey-priest just loves this:

This ultra-short film is a 1968 Disney animated presentation, which has much more sense, much more faith than the Roman Martyrology. Listen to the narrator. If you didn’t catch it, little Aaron is repentant of his own SIN of hatred (after the horrific non-peaceful violence that took place in his own life), SIN representing the eons of SIN and hatred that sets the backdrop for Jesus to come into this world so as to save us from SIN, He, Jesus, the King of kings, the Lord of lords, the Prince of the Most Profound Peace, who will come to judge the living and the dead and the world by fire, yes, that little Babe in the manger. The faith isn’t about our sense – our feelings – of security with the way we’ve always had mere stuff like a book. The faith is about the Immaculate Virgin Mother of God’s Divine Son Jesus saving us from a world which was being up to anything except for peace. Obvious, right? Nope. We have to say it: Jesus is the One; Jesus as the only One saving us from sin.

15 responses to “Proclamation of the Nativity of Jesus: Roman Martyrology lost the plot”