It might be argued that a priest shouldn’t talk about unpleasant topics because that somehow besmirches him, but a priest would be besmirched in my opinion if he didn’t talk about the darkest of humanity’s existential peripheries so as to see about addressing the problem. You can’t solve the problem unless you can name it and address it, right? Saying that priests should just be wusses and stand on the sidelines is NOT the way to go about things.

It might be argued that a priest shouldn’t talk about politics, as he is likely to alienate people from much more important religious matters, and therefore he is risking their eternal salvation for the sake of few banal comments on a few banal matters. This Catholic priest thinks that he has the right to talk about purely banal matters, being a tax-paying citizen, about whether or not, for instance, a road needs repaving before hiring more police, what with arguments about car-size potholes ending lives or lack of police who could have been there to slow people down coming to the fore depending on one’s point of view.

But some matters are both political and moral and therefore belonging both to the natural law and also to religion, God having created nature, after all. Thus, the morality of genocide, for instance, while being supported by politicians on one side of the political spectrum (Democrats, as demonstrated in the video above), is also a topic that a minister can validly address. God will be the judge if one is for or against, campaigns for or against, facilitates or places obstacles over against, for instance, genocide.

Sometimes certain matters are so important that methods of teaching that are out of the ordinary are called for. For instance, read a classic teaching-by-way-of-baiting event in Mark 3:1ff or Luke 6:6ff, when Jesus purposely called into the midst the man with the withered hand, curing him and making the others absolutely livid, furious, inciting their willful murderous intent so that they could see just how bad and evil they already were. Hah! “Oh, but, Father George! Baiting like that is mean! Jesus is a meanie!” No. Jesus was teaching truly horrifically cruel people a lesson. Period. 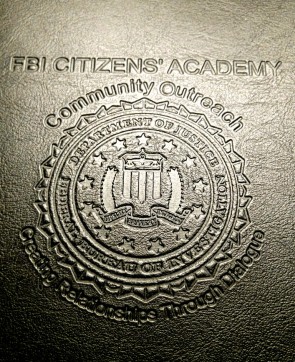 Recently I wrote a post about the genocide of the Cherokee promoted by Democrat Andrew Jackson. I compared the praise he lavished on those who took the land compared to some of those who took the land, the Scots-Irish. I’m also Scots-Irish, as I’ve redundantly pointed out on this blog (redundant because the name and family clan of Byers is, like, the definition of what a Scots-Irish person is). The baiting was to get a reaction to whatever the reader thought might be important, because, truth be told, I’m quite afraid that the same Democrat Andrew Jackson kill-em-all attitude is still to be found in abundance in this region. But sometimes it needs a bit of baiting to bring it out for all to see, including the people who, even unbeknownst to themselves, are genocidal without knowing it. It’s important to know who’s who. Law enforcement agencies do this kind of thing all the time, say, detectives, say, the FBI, say, the DEA, et alii. All the time. But, hey! You can even bait the baiters…

I would have hoped that it would be agreed that Andrew Jackson’s call for genocide was a terrible mar upon American history. But I thought, rightly, that some might take the bait and, revealing who they are in a comment, demonstrate that the only important thing for them is not that genocide began here, but that some among the Scots-Irish might have been criticized, I mean, like, you know, even the point of name calling, and in their opinion, entirely wrongly. Oooo! Name calling! “You, you, you, human being you!” I need to put up a post I wrote long ago about the name calling wrought by Jesus and His cousin John the Baptist. They’re the biggest name callers of all time because, truth be told, they were right both logically and morally and with integrity and honesty and goodness and kindness of actually taking people seriously enough to tell the truth. I’m not as proficient at name calling as they were, but – hey! – one can try!

Anyway, I won’t approve that one particular comment or reveal who that person is, you know, unless it appears they are going to continue some violence on the Cherokee or anyone not themselves, like the Latinos.

I’ll have to write a post about someone here – super intelligent – who was seriously rationalizing with the most refined moral argumentation the gunning down of Latinos in Graham County just to do it. Think about that. It’s reminiscent of 1920s Germany, you know, the lead-up. But I digress. Though not really. Oh! What’s this: