Gazillionaire Bernie wanting everyone waiting in line for a crumb of bread – a good thing in his own words – getting burned by USA. Sorry, but I laughed out loud. A lot.

Bernie Sanders’ Bread Lines [But Bernie, I was there]

Yes, well, I was in Nicaragua as well. I saw the window in front of which people would line up in Managua. But nothing as nice as all that. The idea wasn’t to give bread to hungry people. They already had bread in the previous political system. The idea was to aggravate, you know, “The People”, so that they would take up arms and kill each other just to do it as a way to get to utopia more quickly, with everyone all equal, all dead.

You didn’t just stand in front of a window and get your bread. No. You bake for sixteen hours in the sun beating down on you in a HOT parking lot, the entire parking lot dedicated to the bread line, and then you finally get to the window and are told that you are not there at the proper time and so please come back again another day.

That’s what Bernie “Burn in the sun” Sanders wants for everyone, so that they do the Marxist thing and kill each other. Yep. 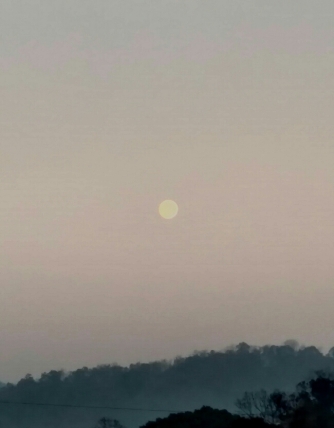 I’ve been reviewing any Russian connections I may have because of some recent events, causing me to recall that which I’ve otherwise long forgotten, some rather mysterious visits from those with Russian interests some twenty five years ago.

Some 25 years ago, I was a parochial vicar (assistant priest) in a parish in upstate New York which was newly burdened with an inundation of the Moonies, political hacks who pretend to be conservative (they say they are anti-communist, anti-Russian), but, as they now fall apart, as fads do, a recent poll they took themselves reveals that the vast majority of their members voted for Bernie Sanders. So, are they really crypto-communists? Just askin’. They had recently bought out a theologate, a seminary of the Christian Brothers not far from our parish church, and headed it up with a “spiritual director,” an Irish born ex-Catholic priest who had been a priest for some 25 years at the time of his departure.

The Moonies were going door to door bothering my parishioners (who complained to me furiously), so I invited this ex-priest Moonie over to the rectory for a chat multiple times. He had given me a book on the “doctrine” of the Moonies and I told him I was cross-indexing it all in my head and that I had noticed they had a lot of inconsistencies and contradictions and otherwise gross misunderstandings of Scripture and Jesus and John the Baptist that I wanted to put to him, and his answer was simply that I didn’t have to get to know their “doctrine” (read: brainwashing) so well as all that because what was important is for me to just become a member.

Nevertheless, I was so effective in my arguments that his “wife” invited him to just go ahead and leave the Unification Church and become a Catholic once again. This totally gutted him. He almost collapsed in front of me. Apparently, all this was quite well known to the Moonie powers that be not far down the Hudson River. Apparently, I was really upsetting the apple cart where the “Rev” Moon was residing at the time.

Not long after these discussions came to a close, two gentlemen claiming they were somehow reps of the Unification Church came to have a chat with me on a number of occasions. They knew I had somehow become entrenched in divisions in the Moonies but were nevertheless wanting to send me on a mission to the territories of the freshly former USSR. The mission specifically was to work with the Kremlin for exceptional approval of the Unification Church and the purchase of properties. They intensely questioned me about my views on ecumenism and the world, interrogation being a better word.

They were absolutely unconcerned about anything to do with the Moonies themselves, with the Unification Church seeming to be annoying to them. They had to know that there was zero chance of any cult-like foreign “church” getting any approval when, at the time, there was a severe crackdown on pretty much all religious groups outside of the Russian Orthodox. I think they were offering me something like $25,000 as a first payment. Part of this would be coordinating shipments of whatever throughout Russia.[!]

I said I had no desire to help a group like the Moonies. They didn’t care. They wanted me in Russia. They said I could say that it’s like, you know, ecumenism, since that’s the new academic thing for Catholics, right? “No” said I. They still didn’t care, insisting I agree. I said it was cold there. They said I could buy clothes.

To put them off, I said that I had responsibilities in the parish here, which they totally discounted as it would be easy to get anyone to replace me in that small parish. I said that I would have to get multiple levels of permissions for this and the bureaucracy would be nigh impossible both ecclesiastically and civilly, both Stateside and in Russia and in the Holy See. This did not put them off. Rather, it seemed like I was finally caving in to them. They saw no problem forging ahead and arranging the necessary. Finally, I just said no. But they returned to the rectory to speak with me again and again.

They seemed like a couple of our own ops guys. They wouldn’t say how they were connected with the Unification Church. The point was that they were offering me a perfect cover that would get me around everywhere in Russia enabling me to see anyone, including in the Kremlin, all with the blessing of the Kremlin as the Kremlin continued to dialogue, soft peddling their hard line crack down on foreign religious entities. I was certainly ready for any background checks, bona fide with an ultra-academic background, forever in Rome, well established ecclesiastically, with increasingly “interesting” connections overseas. Basically, they were offering me access to do whatever it is that I would otherwise be able to do. The last group I would ever have associated them with is the Moonies. They could have spit on the Moonies. I would be more likely to say something like the George Bush Center for Intelligence.

Just one more anecdote which everyone has I guess. I draw no conclusions. But…