Having to buy my free speech rights?! 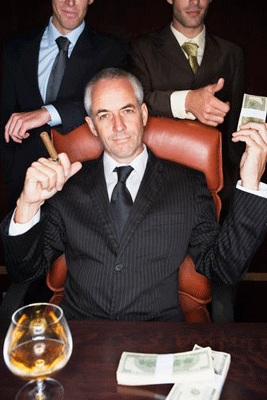 Here’s the heart of  the problem, at least for Catholic priests. Catholics have an obligation under pain of mortal sin to assist with Holy Mass on Sunday’s (or any Vigil Mass). The Federal Government by way of the Internal Revenue Service (IRS) assists churches by not taxing incoming donations (Income Tax). It would be entirely offensive to the flock for a church or even a church minister to endorse a political candidate, well, in certain circumstances. Let’s make a distinction, which is not theological but rather deals only with taxes.

The question is this: Does a church minister, in this case a priest, ever have the right to endorse a political candidate?

To put this another way concerning the IRS and Income Tax. This priest, yours truly, pays Income Tax.

Speaking of writing my own personal opinion in my IRS granted down-time, let’s make some other things clear:

In view of the IRS, can a minister or priest, totally on his own time and with his own resources, utterly not as part of his ministering or his being a priest in a parish or diocese, as expressed at great length above, go ahead and endorse a political candidate, it being a given that, in not using any 501c3 privileges whatsoever, but indeed paying his own income tax?

Diversely, can a minister or priest BUY BACK his God-given unalienable right to free speech as already guaranteed by the first amendment?

Diversely, can I, with all the distinctions made above, in my being a citizen in good standing in this great country, wave my American Flag and say that for I which I was so brutally censored?

I’ve yet to read up on what Trump said in his executive order, or what the Bishops Conference said, or what Saint Pope John Paul II said, etc. I’m going a million miles an hour, busy with being a priest, and I love being a priest. I also love being a human being and a citizen, as least on my own time. By the way, if anyone wonders, my up-hours as opposed to my down hours, are often 12 or 16 or 18, sometimes 20 hours a day. I wonder if there really is much down time after that. Or maybe we are not allowed down time. I really NEVER take vacations, ever. There are scheduled days off that I miss out on.

Let me be frank about this… Here’s the deal: I was told that I am always and only 24/7/365 in my official public capacity, that I never am a private person. I wonder if pooping and peeing is private, or if my verbal diarrhea always has to be at the level of Papal Exhortation or Papal Encyclical or Apostolic Exhortation? I wonder if this is why we have IDIOT papal sycophants who think that every word that comes out of the Pope’s mouth or his pen is entirely infallible instead of only when he speaks on faith and morals to the universal church as the successor of Peter especially when deciding a controversy. These sycophants are the reason why we have, on the other hand, sede-vacantists. These are those who are responsible for such division in the church. They overstep their capacities taking on an authority they do not have. Shame on them. Shame on them. They are tender snowflake violent bullies who smack others down to demonstrate to themselves the power they don’t actually have. Whew! Amen, and, if you only knew:

For our baiting the baiters series, let’s try a run-on sentence by stating that there are trolls who get high on smashing others down anonymously, feeling powerful in their cowardliness, and then there are misanthropes who, pretending to be the more innocent internet troll, instead with a more sinister side, stalk others who they feel challenge their worldview that is the only view to be allowed by them in the world, so that they become the voice of “the people” whether anyone agrees with that channeling or not, which is perhaps the reason why the stalker pretending to be a mere troll also remains anonymous, you know, because they are the mere voice of “the people”, but in this they are a voice of power, you know, of the proletariat, with all the adrenaline and self-importance that brings. In one of my internet bully’s frequent comments, which somehow get stuck in the moderation queue, he referenced his speaking for the rights of “the people.”

Let me see… Where have I seen that phrase previously? Was it with Abe Lincoln and his Gettysburg Address, something about a government by, of and for the people not perishing from the face of the earth, being inspired, you know, by the opening words of the U.S. Constitution, “We the people”, words which are also consonant with individual rights including freedom of speech by individuals, the free exercise of religion by individuals, etc? Those words made the likes of Engels and then Marx become very agitated, enough that they became in their own minds the incarnation of “the people,” speaking for the make pretend “people” of their ideology regardless of whether that ideology had any reflection in reality or not.

This “the people” thing represents a paradigmatic shift, going from a merely self-absorbed annoying troll to a Promethean stalker with an imagined mandate of “the people.” As with dialectical materialism referencing “the people”, this imagined stalking mandate of “the people”  brings with it a licence to commit whatever kind of violence on whatever level. But that’s just cold analysis. Cyber stalking has a number of characteristics, any one of which or combination thereof can get someone jailed, especially when it is made clear to the stalker guy that his advances (read into that word whatever you want: see Romans 1) are unwanted. Hey! Anonymous cyber-stalker guy! Your activities are unwanted. Now you’ve been told, clearly. But you’ve already crossed legal lines in a number of ways.