The results are above. Fun.

Poor Hillary with her hammers. Why? Oh… Against 2a. I see. Haha!

Ilhan Omar downplaying Islamicist terrorism saying: “Some people did something.” That’s it. After Joe Biden is declared incompetent under the 25th Amendment, Harris will become President and she’ll get Ilhan to become vice-president. Then the USA will be no more. China wins. And a war between China and Islam will play out right here. No one wins.

Nancy Pelosi won’t help get rid of of Islamicist terrorism. How could she? She calls September 11 2001 an “incident,” you know, like your shoelaces becoming untied. Take a look at the next picture. Do you agree?

But – Hey! – Maybe Harris will get Hillary to be vice-president, you know, to keep the theme going with more support from our domestic terrorist voters, who agree with her about the deaths of our military heroes when she says about their deaths: “What difference does it make?”

What do you expect from people who are maniac pro-abortionists. It’s all about death, death, and more horrific death to them.

What a dark time we live in.

But the Light shines in the darkness. “Let your Light so shine before men…”

There are certain things which you just can’t misspeak. There are words which just can’t issue from your mouth unless you mean them in your heart and soul. This seemed to be one of those times when I myself overheard Hillary loudly make her exclamation with such a sing-song bright and effervescent rejoicing all-is-well-with-the-world declarative town-crier type of voice:

The scene is burned into the mind, into my heart and soul, so surreal was it. She was obviously looking for affirmation about her magnanimity for having bothered to make the trip to the peripheries of Jerusalem that morning. She could have quietly said: “It’s all so sad. We must do everything to stop such aggression. Today, I am Jewish.” But, no. Not at all. She did NOT say that. She exclaimed: ♬ “It’s so NICE to be here!” ♬

The Secret Service and Israeli representatives literally scattered and froze and stared at her for like five seconds, which, in that situation is really difficult to accomplish. Her statement was so coldly inappropriate. All heads dropped, but hers. I’m sure everyone was trying to figure out if she was simply stupid and oblivious to her surroundings, or perhaps she was some kind of Nazi. Did she intend this ultra-exaggerated and very loud sing-song voice to make a calculated insult? No one could figure it out. But it seemed to eviscerate any hope of anyone for any progress that might be made. She just ripped everyone’s heart out of their chests and stomped on them with such a gregarious smile. I myself felt so nauseous.

A visual might help to convey what happened when she said this. It was like a break shot on a pool table, the 8-Ball staying still and the others running (from 0.55″)

Solidarity means taking the misery of another into one’s own heart and soul and mind and being. Misery of heart = miseri-cordia = mercy.

Solidarity means protecting the ones you love.

And, besides that, I say:

Flowers for the Immaculate Conception (Because it’s Easter Tuesday, edition)

Obama and Hillary in the last day or two have condemned Catholics as being worshippers of an ideological doctrine – not saying that we are Catholics celebrating the Resurrection from the dead of the Divine Son of God, our Redeemer and Savior, the very Author of Creation and life – but saying that we are Easter worshippers, kind of like those who worship the rising sun of the solar system, you know, idiot pagans, who just make up whatever they want and worship their idea. This was their comment about those who lost their lives in Sri Lanka Islamicist terrorism, which they also didn’t call Islamicist terrorism. It’s more like, you know, “someone did something.”

So, this flower is given to the Immaculate Conception, Jesus’ good mom, who was celebrating her Son being risen from the dead, triumphant. It’s personal, not ideological.

And when a wretch like me gives her a flower created by her own Son, if must give her some joy, because this is what her own Son brought about. For you, Mary… Hail Mary…

That’s the dems for you: Let’s burn kids alive and say it’s all good as it’s ISIS! 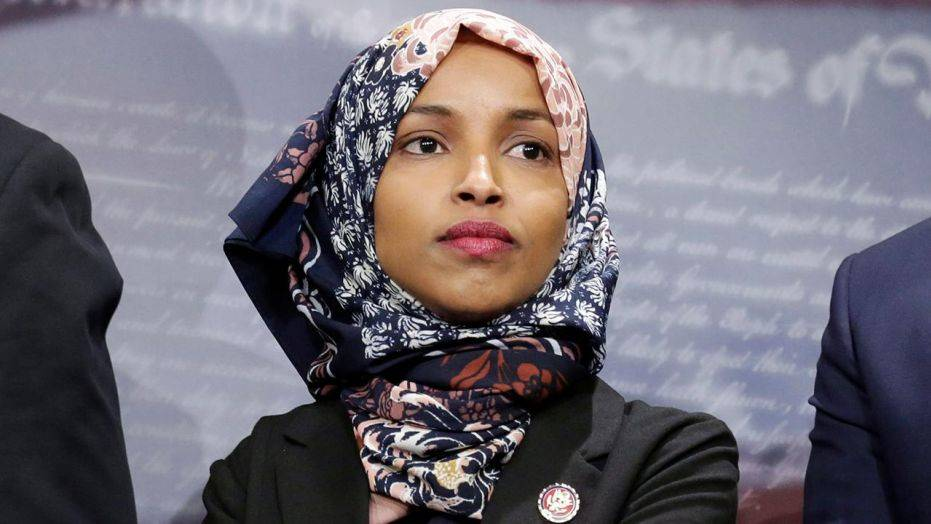 Oh. I forgot. What difference does that make anyway because after all Cuomo is celebrating infanticide in New York.

Speaking of New York, there’s Nancy Pelosi: 9-11 was no big deal, not terrorism, just an incident.

Hillary Clinton on Benghazi deaths of our diplomats: No big deal. What difference does it make? 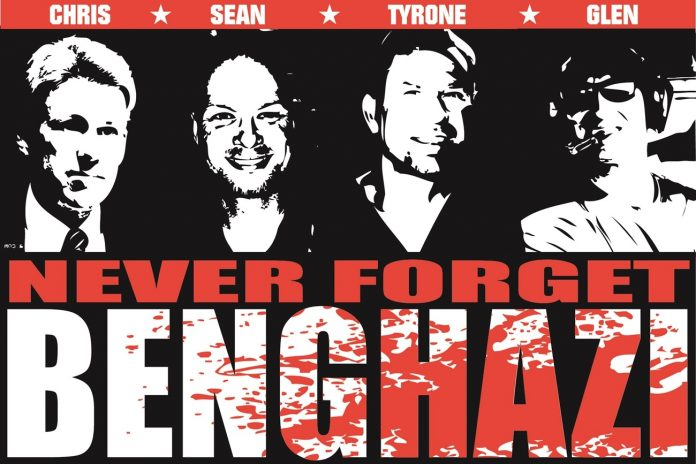 And now the Dems want God out of oaths. How quickly we forget. Jesus’ mom doesn’t forget.

*Russia! Russia! Russia!* That’s what Nunes’ investigation is parroting from the FBI/DOJ as the abuse of the judiciary investigation moves on to phase two over at Main State of DoS. But nothing is at it seems, right? I should remember that myself. Maybe that’s not parroting, but rather surprisingly accurate, but from a different yet complementary angle.

Russia did come to mind when Main State leaked and unmasked information to me (and how many others with what is surely circular subversive activity?) and then, incredibly, reconfirmed that leaking and that unmasking two days later (last 28 and 30 June 2017, Wednesday and Friday respectively). This involves counterterrorism and counterintelligence.

But Peter Strzok had nothing to do with all that. Oh, wait a minute! That’s what he was in charge of before he was “demoted” to personnel, you know, so that he could continue to get like-minded individuals sabotaging America into place. And that’s what that leaking and unmasking was all about it seems to me, at least from Secretary Tillerson’s reactions.

James Comey spoke about weasels and liars to describe those who think that Devin Nunes’ FISA memo is in anyway important. Actually, relatively speaking, he’s right, that is, if they know better. There’s much worse than a FISC judge allowing the FBI to spy on a presidential candidate on behalf of another presidential candidate. That’s bad, but!

What would be much, much worse, would for the FBI to set up an insurance program, so to speak, if one’s FISC mandated spying didn’t pan out, an insurance program that would set up a situation which, when it was made discoverable at an expedient time (and that time might be coming up) so as to have the sitting POTUS that was passionately not desired to be quickly impeached and imprisoned.

Oh! Wait a minute! That FISA memo, in it’s last sentence, mentioned just such an “insurance policy.” I don’t know Strzok or his mistress or the insurance policy to which he refers. What I do know is what was related to me by Main State can do exactly what Strzok wants his “insurance policy” to do. And it was in his competence.

Just something for the record. The FBI tells me repetitively in extended conversations over the past number of months about other topics I’ve been delving into that, instead of those topics, what they are really interested in is counterterrorism. When this is said, everything else slows down and is narrowed down so that focus is sharpened (in the adrenaline pumped agent’s world) and the word counterterrorism is spoken in an exaggerated manner, you know, to get a reaction: “The FBI is especially interested in C.O.U.N.T.E.R.T.E.R.R.O.R.I.S.M. Good interrogation technique. Used again and again and again. Hint. Hint. Hint. Doesn’t work with me though. I’ll tell my experience with Main State to whomsoever from the FBI, but only at CT-McLean, with whatever lackey from Main State present. Otherwise. I just can’t trust the FBI, not now. But maybe I’m just a weasel and a liar. But why would I be?

Depoliticizing TWA Flight 800 by the FBI would also be a good idea. I tried to make that clear to a handful of FBI agents who took special interest in me very close to the time of the event. That interrogation lasted, if I remember correctly, about twenty minutes. I guess they thought that I was somehow the guy who somehow, in some way was responsible for the missile.

Anyway, I’ve always held that proof of depoliticization comes about when admission of past failures is made with corrections to procedures made with effective congressional oversight.

Regarding Hillary Clinton’s emails, Trey Gowdy tried his best, but Mr. Comey was, in my opinion, entrenched in “reasoning” lacking any syllogism known to man. Mr. Comey, inaccurate as the day is long, got fired. There was no love lost between him and any of the rank and file in the Bureau. They didn’t know what to do any more, what with Hillary seeming to escape justice not according to the Department of Justice or any judge, but in the opinion (who cares?) of Mr. Jimmy Comey himself.  Trey Gowdy would be a good fit to replace him, as he wouldn’t pull any punches in doing investigations. That’s an FBI I would tend to trust.

To have a “day” dedicated to remembrance is O.K., I guess. I guess it means that special events and activities might take place while articles and photos with salient captions might be published while gripping short-films might be released while field trips might take place, and so on. O.K. Yes. That’s all good. It’s a day that jars us weak human beings out of our distraction and brings back the urgency to the fore. O.K.

But let’s also remember that there are those for whom this is never just a “day”, for it is burned into their hearts and souls and minds 24/7/365. They never forget. They carry this with them. And they schedule this day for the rest of humanity which needs such a day.

Let’s also recognize, however, that no matter what one does to tell the story, there are those who just won’t get it, who simply will not understand. I remember making my way through Yad vaShem in Jerusalem when a massive motorcade entered the compound. I didn’t know what this was about until I was at the Warsaw Ghetto wall of remembrance at the same time as Hillary Clinton and her entourage. I was first of all shocked that none of the Secret Service payed attention to me, though I was the only one there not belonging to their group. And then I noticed she had stopped walking so as to make a statement, short and sweet. No, really. Sweet. It was like she was in an ice cream store at the beach. She said ever so glibly and giggly and dancy and effervescently and with such sing-song-ness: “♬How♬wonderful♬it♬is♬to♬be♬here!♬” Surreal is not an adequate word.

I remember when coming back from Lourdes that an air marshal sitting next to me made the statement – after quite a long conversation – that Catholics should just take what is coming to them for not agreeing to the Obama Administration’s imposition of a direct payment into the abortion superfund when people pay their Obamacare Insurance premiums. The air marshal said that Catholics should be as submissive as the Jews were when being brought to the extermination camps. Mind you, air marshals are covert anti-terrorist federal agents. I’m so happy that Hillary did not win the election.

The video I made: