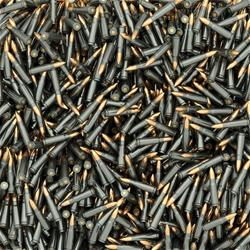 We had a wedding last Saturday in the parish. The couple went to Mexico for their honeymoon. They reported back that there are now military checkpoints everywhere in Mexico. They don’t ask for documents or other useless rubbish. They want money, only. If you refuse, they let you go, but they call ahead to inform the drug cartel in whatever area that you refuse to donate to their cause. The cartel stops you, and simply kills you as an example for others. This makes me upset inasmuch as my identity was used for arms transfers to the Sinaloa Cartel just when Joaquín “El Chapo” Archivaldo Guzmán Loera (now imprisoned along with his “godson”) started to terrorize innocent civilians, the government, the politicians, law enforcement and, finally, the Church.