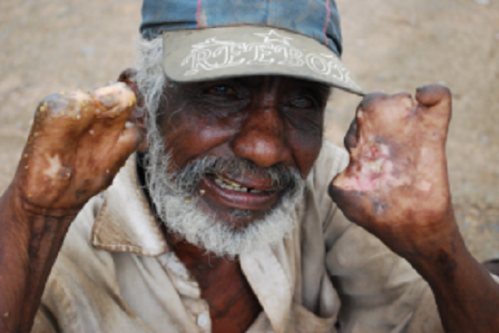 I’ve met and worked with plenty of lepers in my life, of all kinds. One in particular, who was one of the ones actually suffering from what is otherwise called Hansen’s disease, as the gentleman in the picture above. He would sit below an ATM at a bank on Via Nazionale near Piazza della Republica in Rome. I would sit there with him. I would try to convince him to come with me to the Missionaries of Charity who had plenty of medicine for him, but he said he wanted the wounds so as to get money for his family, that this was the only thing he could do. The desire to be cured completely must be immense.

Filed under HOMILIES, Missionaries of Mercy