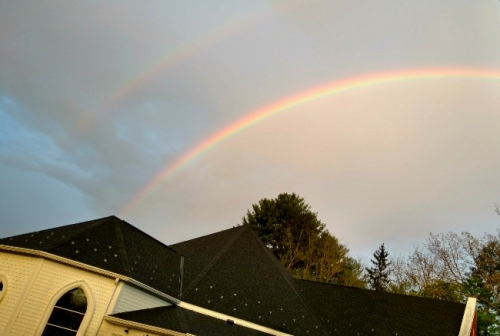 I always rejoice when I see a rainbow because I love how nature works, including natural law. This double-rainbow was seen the other night with a good sized group of young priests over at the parish church where we were. Some of them had suffered in the seminary or in their priesthood from the lavender mafia, as it is called. All of them were happy to see the symbol that the castigation is over and the promise of good things to come has arrived. None of them thinks of God’s promise of goodness symbolized by the rainbow as a symbol of continued sin, but instead find such an interpretation of self-congratulation for sin to be disgusting, blasphemous. All would agree with this: 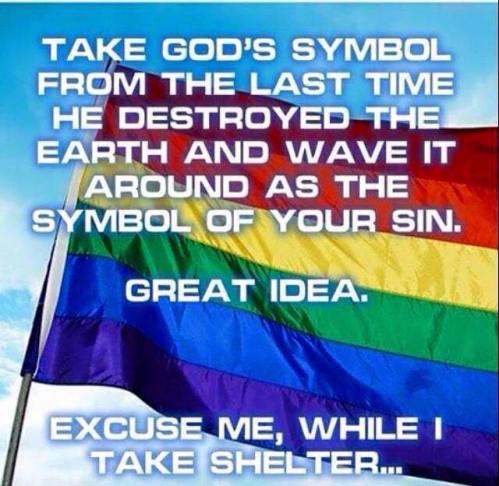 For myself, in this year of the 100th anniversary of the apparitions of Our Lady of Fatima, of Our Lady of the Rosary, of graces and mercy, I think of another splash of light across the otherwise threatening skies: 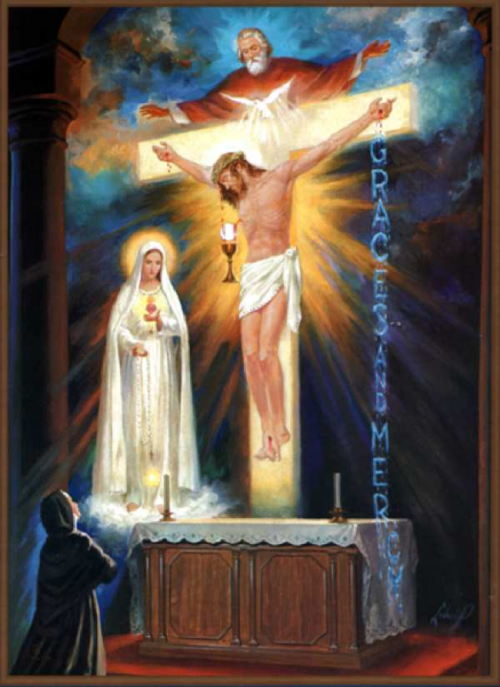 And with much emphasis on Divine Mercy we recall this light coming from the Heart of our Lord and Savior:

As a priest who hears confessions, I don’t care what sin it is that people confess. We’ve all crucified the Son of the Living God with original sin and whatever other sin, right? I only care that people turn away from sin by turning to our Lord and His Divine Mercy. I rejoice in that Divine Mercy for all who want it, who want to be on their way to heaven. I know that His Mercy is a sign that the castigation is almost over, with the clouds dissipating, with the floods receding, with the promise of goodness and kindness to come. So, I hope I haven’t made the LGBTQetc crowd too upset. That’s not my intention. I’m just saying that mercy is for everyone who wants it. Is that a bad thing to say?