Below is a screen shot of Google’s totally dishonest YouTube presentation, claiming, falsely, that the Associated Press is supreme judge certifying election results with a “SHOW ME” button, which only presents deep-state mass media idiocy:

Google’s proclamation of “robust safeguards” do not refer to the integrity of elections and results but to the instantaneously manipulatable Dominion voting machines (which were manufactured to be easily manipulatable imnsho), the relegating of observers in back of boarded up windows, the commanded ignoring of diverse signatures, of no signatures, of dead people voting, of non-citizens voting, the counting of tranches of thousands of mail-in ballots appearing out of nowhere long after the election even 100% of which were for Joe Biden, the even violent intimidation, on and on, and on and on, and on and on…

Dear President Trump, I agree with you. The 2020 presidential election was rigged and rigged against you, against the country, against me, for I voted for you (and I can say that as a priest as it is after the election, right?).

Dear President Trump, you are my president now, and whatever happens in future, you’re still my president. Oh, and just to say, if the AG is going to be Kamala’s relative, I had better say this, just in case he tries to throw me in prison for sedition: When I say that Trump will still be my president, I could be referring to an endearing emotion, right?

I could be referring to 2024, right? I’m guessing if Harris-Biden gets in, there will be an introduction of the guillotine for the 74 million+ who voted for Trump, you know, because it is all about being enlightened like the low information people proclaiming liberté, égalité, fraternité. They are right about all that liberté, égalité, fraternité, but exclusively only for the children of hell. Recall the assault, rape, murder, arson, looting and violence against innocent citizens, against law enforcement and firefighters and emergency medical responders in Democrat controlled cities. Get it?

Having said that – and I’m no attorney – I’ll add that while it is felony for an individual to commit voter fraud I believe (not a legal term) that it is traitorous to arrange massive voter fraud. A coup d’état, violent or not, even just attempted, is an act of treason is it not? And we know what the penalty is for that, right?

Having said that, I add that I myself publicly challenged the “American Community Survey” of the “U.S. Census Bureau” of the “Department of Commerce”, and that public challenge, because public, could be considered sedition, right? And we know what the penalty is for that, right? Touché. But I do go on…

Let me spell all that out: 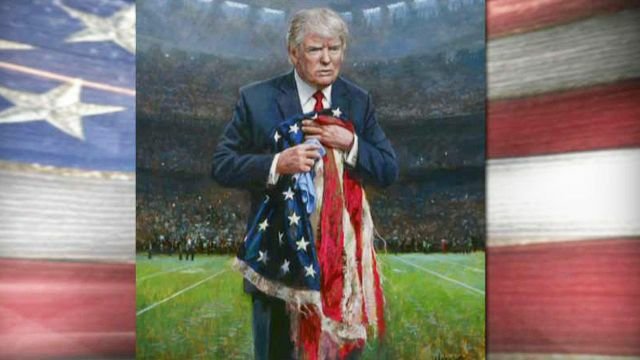 Alec Baldwin, who ever so ironically played Tom Clancy’s character Jack Ryan in Hunt for Red October, is a seditionist, calling for the overthrow of the duly elected POTUS of these United States, thus insulting half the voting population and, whether he likes it or not as he sides with Maxine Waters, is setting up violent situations against law enforcement, against politicians, against citizens in good standing. Alec says such things amidst ricin attacks on politicians and military leaders, amidst politicians getting physically attacked and sent to the hospital, amidst attacks on civilians. Just to say, “overthrow” is not ever consonant with “peaceful” and “lawful.” No.