Tag Archives: Synod of the Family

I am exhausted. Today, so far, I’ve had 113 email conversations, however many comments, texts, and hours[!] of phone conversations, most of those about canon law, ecclesiology, moral theology, church politics, with a number of priests, canon lawyers, theologians. I am deeply sorrowful at the state of the Church. Deeply. I don’t know how to express that. I agonize. I don’t think it’s negativity. I love the Church. I love those in the Church, even the baddies just like me, and by that I mean those who go on ad hominem attacks, just like me, except I’m worse. I know how bad that is for me. The last thing I want is to see that attitude in them. 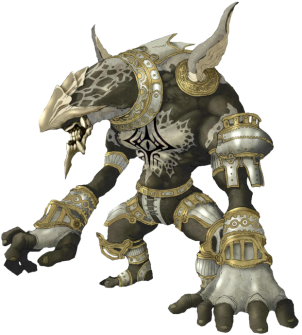 I feel like I’m being lifted up upside down by some ogre who’s got me by the ankles, and who has commenced whipping me about in the air and then smashing me down to the ground, only to do it continuously, and somehow I remain conscious through it all. I feel sick. Nauseous. It’s like traumatic stress. The monster is, of course, myself. I’m very bad and very evil with a very black and terribly cynical heart. If I wanted to rant, just laying it all out, proving my cynicism to myself (because cynicism is all about self), I think I would actually frighten the most intense of cynics right into silence, much like when the murder rate in Manhattan went down to zero for quite a while after September 11, 2001. The run of the mill murderers were unfathomably out-murdered, and they were stunned into pacifism. Jesus had to reach really very far into hell to find me, which makes me all the more grateful to Him. And that all means that I hold all those lesser cynics to be much better off than I ever was. You have no idea.

If that seems like unstoppable pride, let me tell you ever so humbly about someone who was more cynical than even I could ever be. A layman, he had the CDF wrapped around his little finger, deposing and setting up bishops at will, forcing documents and policies right and left. The CDF, his pet project, hated him, but Ratzinger did what he said and, I would hazard, respected him and even liked him for the clarity and devotion he had. I’ve never known anyone more intelligent, which includes the greatest Thomists in the world today. He knew how to get things done for the good of the Church. I often helped him. I’ve now and again done a bit of his kind of work myself, asked to do so many times by the Curia, off the record, but whatever gets the job done, right? Sometimes cynics are simply realists said to be cynics by those fearful of reality. And that was him, a saint, really, cynical of the diabolical, but not of Jesus. We both knew, however, that if he reversed that, even for a moment, he could do great damage to the Church. He stayed with Jesus, even though he saw all the diabolical there can be among some members of the Church.

As for myself, if I lost all sanctifying grace, I could rant about pretty much everything, including “and” and “the” and even the nice stuff. I would not only highlight that which boasts of ambiguity, but I would also draw conclusions from that which would make anyone curl up in a ball and die of despair. I excel at that kind of thing, I dare say more than anyone. No comparison. And this has ripened over the last number of years. I know the hell of it; I know of a certainty that that’s who I am if I am without grace. One actual believer in the Roman Curia once said that he feared that my analyses could  [… I had better stop!…] At any rate, I’m sure that I would pervert any time being greater than space dynamic into a Marxist dialectic with all such things. I’m truly bad and evil. But I know it. So I look to Jesus, who creates both time and space. He’s all that’s left for me. He is the Church with His Mystical Body. He’s the One.

And then the monster disappears. Just like that. If I pride myself to think that I’m really good at being evil, my pride is then shattered into humility by Him who was more cynical of evil than I could ever begin to be cynical of that which is good. Jesus bears the wounds of all of hell broken out on His risen body. He smashes all cynicism into that which is laughable. Jesus has conquered. He’s the greatest love of my life and I want everyone to know about Him.

We must keep unity in the Church. No schism! Let’s discuss the ideas, yes. But let’s all of us stick to that. But if anyone wants to be ad hominem with me, say that I’m not a real priest, whatever, go ahead. I take back being offended by any of that. I deserve everything I get. I’ll just beat you to the punch: I’ve absolutely crucified the Son of the Living God with my sins and without Jesus I would absolutely go to hell like the child of hell that I am if I am without grace.

P.S. The undercurrent of this post is terrible pride. I hope you can pick that up. I am the worst of the worst. Somehow that’s pride, right? But Jesus is good and kind. :-)