Pilot down, injured, helpless, behind enemy lines, crying for help 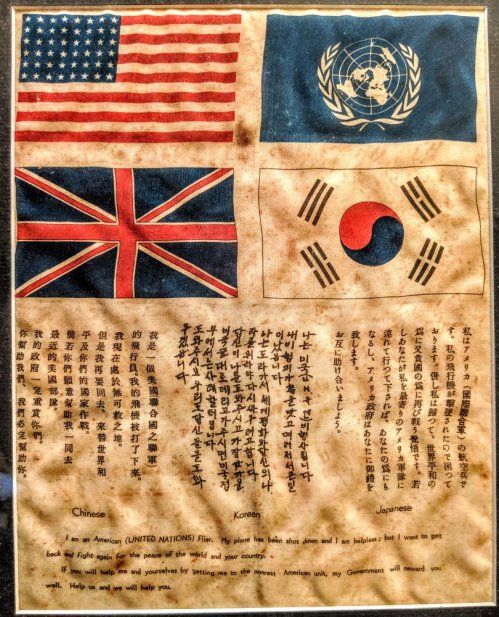 “I am an American (UNITED NATIONS) flier. My plane has been shot down and I am helpless; but I want to get back and fight again for the peace of the world and your country.

“If you will help me and yourselves by getting me to the nearest American unit, my Government will reward you well. Help us and we will help you.”

This piece of cloth was carried by the pilots flying in the Pacific-Asia theater. I found it among some of dad’s things which, decades after he passed, has come my way. Imagine folding that up and putting it somewhere on one’s person ever single time one got in a plane for a mission. Quite the reminder of danger and mortality.

It’s also testimony to the fact that it wasn’t believed for a second that the populations of these countries were enemies, but were instead victims of the oppressive and arrogant murderers destabilizing the entire world.

That makes for an analogy, however imperfect, of the pilot’s cry for help above with, say, the Brown Scapular of Our Lady of Fatima. I wear it day and night. How about you? On this earth, we are in the ecclesia militans. While we live in this world we want to help people get out of purgatory (which we put ourselves in with the arrogance of our own sin). Then we want to bypass purgatory ourselves – or at least get out of on the first Saturday after our deaths, and be on our way to the Church triumphant in heaven. This is what the Scapular is all about, reminding us that our help comes from the Holy Family.

Let’s not forget that the Little Brothers of Our Lady of Mount Carmel (from whose brown religious habit the Brown Scapular is derived) were by far the most ferocious military operators of the day, that is, the crusaders, going up against the ISIS of the day, and who then retired to Mount Carmel to become religious military operators, as it were, hermits whose lives were filled with prayer for six months of the year, and then with itinerant preaching for the other six months of the year. Battle hardened soldiers are the ones who gave us the Scapular of Our Lady of Mount Carmel. 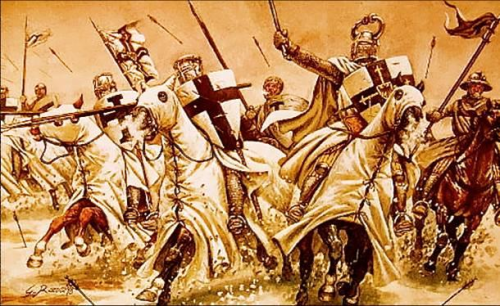 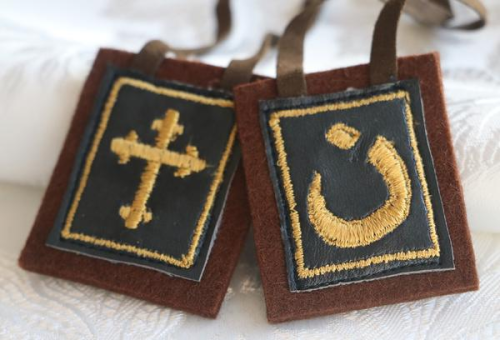 Filed under Missionaries of Mercy

2 responses to “Pilot down, injured, helpless, behind enemy lines, crying for help”