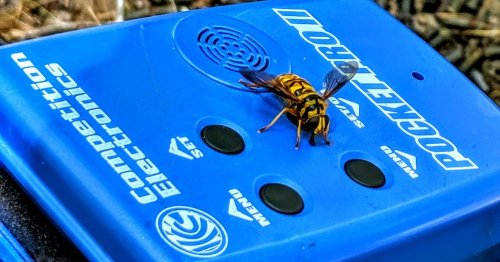 I’ve done about zilch target practice on the days off these past weeks what with not feeling well. Although going to the hermitage “range” and getting all set up, I just had no energy to pull the trigger. So, no. For me, that‘s feeling under the weather. I try not to let anything stop me from anything. Gunslinggery is a perishable skill and has to be kept up with. But, no. So, any skill sets have faded.

The last time I seriously threw out some bullets, say, a month ago, I had practiced what’s also called “the failure drill” of two to the body one to the head out 21 feet with a 6″x10″ “body” and 2″x4″ “head.” The anomalous best I had gotten down to 1.1 seconds from the holster, but maybe not accurate (I hadn’t kept up with marking the target). Anomalous means nothing to do with reality, btw.

This time, catching up again – and not yet fully recovered from feeling terribly under the weather which was already bad – I got 1.86 seconds with accuracy, twice, from the holster. But even those times are anomalous, as it’s usually a bit slower than that, in the 2.25″ range. Anywhere under 2 seconds is almost guaranteed to be faster than any urgent mortal threat being carried out as criminals usually aren’t so well practiced.

As someone said, if you want to know where you’re really at, do it ten times in a row all under time with a hundred percent accuracy each time. So, not in this life for me I don’t think. I’ve never done anything like that, at least so far. At least I had a couple of good 1.86 times. Our special operators and agents must do it 100% of the time.

But I did get a 96% (one bullet slightly stray of my reduced tiny targets) on the pre-2001 Federal Air Marshal Course. But I was  also DQ’d for all that by edging over-time on a stage or two of that seven stage course. And it wasn’t cold barrel. I was happy to be back again.

Confession: If you’ve been away from Confession for a while, you know that that’s also a perishable skill.

A person who goes to Confession frequently can develop an accurate, informed conscience that is devoid of scrupulosity but which takes care to avoid sin. Such as person more easily sees sin for what it is in all its ugly, selfish, arrogant, entitled reality because of being good friends with the Standard of Goodness and Kindness and Truth, Jesus Himself.

A person who doesn’t go to Confession, who’s been away for a long time, tends to think that they have no sin, that they are good people, that they don’t need any mercy, any forgiveness, that they are just fine with the type of life they have chosen, congratulating themselves that what they do “makes up for” not being good with God in the way Jesus indicated to the Apostles of His own Church, because, you know, they are good with God because they think that they do nice stuff, reciting that nice stuff for all to hear. But not everyone who says, “Lord! Lord!” will enter the Kingdom of Heaven. People can be hypocrites.

It’s true that some who go to Confession do so for hypocritical reasons, as if this chance to be forgiven gives them a right to sin, but this is a sin against the Holy Spirit. It is a sin of despair. It says that one doesn’t want to be forgiven.

To get back to the practice of Confession, to pick up off the charts skill sets once again, one need only… go to Confession. Just do it. It brings great happiness. It lifts burdens. It is beautiful to say sorry to Jesus through the Church, the Body of Christ in the way Jesus had this done, being forgiven by God and neighbor – via the priest ordained for this purpose – simultaneously.

And then one has the peace of being in humble thanksgiving before the Divine Son of the Immaculate Conception, whereby one’s life is once again on target with all God-speed, aimed at heaven.

And if anyone thinks that this is an inappropriate analogy, just remember that Jesus Himself said that those who go to heaven are those who take heaven by force, by violence.

Go to Confession regularly. This isn’t about us being merely exteriorly good as if that were something God appreciates. No. Saul kept the law exteriorly but interiorly carried hatred. Saint Paul, instead, was brought to understand that this was all a loss compared to keeping the law because one carries God’s love. That love, God’s love, only comes from God. That’s the renewal of sanctifying grace we receive with the absolution.

After Confession one isn’t to congratulate oneself for being good (which only sets one up for a fall, trusting in one’s strength one doesn’t have of oneself), but one is instead to be in humble thanksgiving before Jesus, walking with Jesus, rejoicing to walk with Jesus.

Filed under Confession, Day Off, Guns, Missionaries of Mercy

Tagged as Confession, Day Off, Guns