Update: Suicide: “two knives to the heart.” Trending murder of priests for $$$? 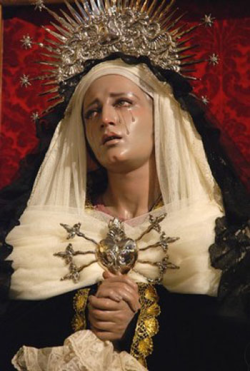 “Brother Stephen Baker, the friar at the center of the abuse allegations, killed himself in 2013 — with two knives to the heart.”

Yeah… right… suicide… sure… two knives… to the heart… two…

Sorry, but, that just raises some doubts about the autopsy. Was there one? Any forensics? Maybe a bit of messing around with all that?

Did law enforcement cover up a murder so that there would be no investigation? No due process? Just some questions. I don’t know. It’s just that the two knives thing with a suicide claim bothers me. The suicide claim so as not to have to deal with the complexity of murder is commonplace.

Is this a new trend starting up? Murder a priest; call it a suicide so that there’s no due process possible but the guy looks guilty of whatever misdeed; then get money? Sounds like some serious RICO. In dubio, pro reo. 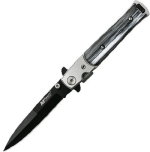 Look, I’m not saying he didn’t do anything wrong. I don’t know. But I do know that pushing a knife into your own heart is pretty much impossible. When’s the last time you heard of someone in real life doing that? People find other ways. But a second knife? I mean, have you ever seen the state someone is in when he has a knife in his heart? On the floor, right?

If it was you, you just wouldn’t get a second knife. You can’t move. If you do, the knife moves, and you die instantly. You would just mash the first one around, ending it that instant, or take it out, ending it that instant. But a second knife? I can’t see it: “Let me see… which knife should I use now?” No. The most probable scenario is that two people attacked him, having each agreed to shove a knife in his heart like he was some sort of sacrifice, perhaps knowing in advance that the murder would be covered up as a suicide. 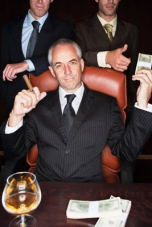 If it’s not a suicide, but a murder, possibly purposely covered up, then, what else might be wrong with this story? Just a question. Look, I’m not trying to cast doubt on anyone, not even on the multitude who jumped into the fray afterward. Maybe he admitted to guilt to those making the settlements. I’m just asking some questions trying to get at the truth. These settlement procedures almost always have zero due process. Treating most all cases with no due process leads to such scenarios as murder for ease of getting settlement money (even if this case actually was a suicide, which I just can’t imagine it was). I promise to edit or take down this post if it is proven to me that this could not possibly have been a murder, that it had to be a suicide. Anyway, the death really makes the settlements conveniently easier.

Update: Question: There were about a dozen accusers. After that, it was decided to make settlements. After that, the suicide which I think may be a murder took place. After that, about another 100 accusers jumped on the case. If it turns out to be a murder (and the suicide claim may just be a ploy by the police to see who has done what), I wonder if the first accusers or the bandwagon accusers or others on the side who might have an interest in big dollars might be investigated for murder or conspiracy in murder or some such implication in the murder itself, and go to prison until they die. Just wondering. Really, the two knives in the heart bothers me.

9 responses to “Update: Suicide: “two knives to the heart.” Trending murder of priests for $$$?”