Shadow-dog’s mane up against Pit Bull 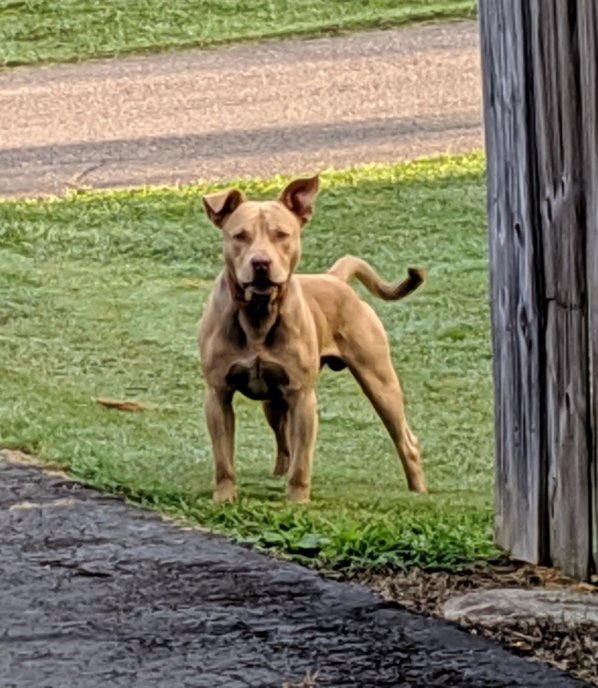 A Pit Bull is on the loose… For the first time I saw the mane stand up on Shadow’s shoulders. Very impressive. That added another inch or two to his height, and he’s already taller than the average maximum height for German Shepherd. 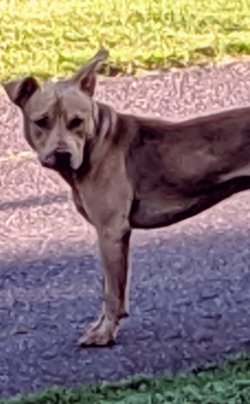 If that Pit Bull attacked Shadow-dog, or me, I’m afraid it would have been a bloody mess, but it would definitely be the Pit-Bull that would be entirely ripped to shreds, literally shaken to pieces. And it wouldn’t be Shadow’s fault. He’s definitely the protector, and when dogs are not on their own property, they are supposed to be on leashes here in town. No leash, no collar.

He seems friendly enough. Until I approached him in the friendliest manner I could. He bared his teeth.

He then went over to terrorize the neighbor’s dog – Frankie-dog, a Basset Hound, who took refuge in his dog house, until the Pit Bull insisted. Frankie-dog then chased his off the property. Gooood Fraaaankie-doooog!

I’m all for treating all animals well, but when a Pit Bull is emaciated and on the loose and baring its teeth, it’s time for animal control.

Or not. What think you?

In the unfair analogy of the account of the Syro-Phoenician Canaanite Greek “Dog-Woman” whose infant daughter was severely possessed, her take was that it might do the Apostles, the little dogs some good to eat the crumbs of faith, their witnessing of the exorcism, even though they don’t deserve to witness this, dogs that they are.

I gave the Pit Bull a doggie treat.

But that’s it. Animal control doesn’t open until 11:00 AM. Too late for me. I’ll be busy with priest-stuff. We’ll see what happens.

One response to “Shadow-dog’s mane up against Pit Bull”